The old fashioned cornmeal pudding recipe has been popular in North American kitchens for generations, especially in the Old South. Once known as an Indian Puddings, these cornmeal desserts are truly delicious, some of the finest ever published.

Most puddings made with cornmeal are like Dr. Chase's and sweetened with sugar, or molasses, and served for dessert after the main course. However, several are to be served as a tasty vegetable side dish. Be sure to try them all. 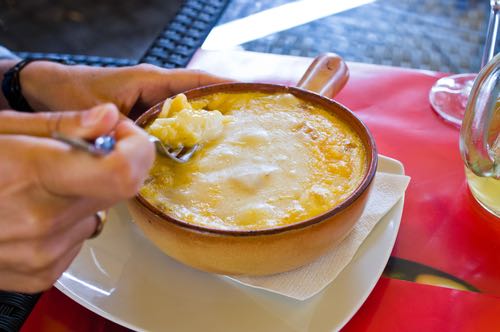 This cornmeal pudding recipe was made at the Cataract House Hotel restaurant, Niagara Falls, N.Y., by Mrs. Polk, for thirty-six consecutive seasons.

One quart of milk put on to boil; 1 cup of meal, stirred up with about a cup of cold milk; a piece of butter, about the size of an egg, stirred into the hot milk, and let boil.

Beat 6 eggs, or less, with 1 cup of powdered sugar, and add a teaspoonful of ginger and nutmeg; then stir the whole together, and have it thick enough to pour into the dish, buttered. Bake in a quick oven (375°F).

Sauce for Same: One cup powdered sugar; 1/2 cup butter, beaten to a cream. Flavor with nutmeg and a little wine or brandy, to taste.

Remarks. — Myself and family spent several days at the Cataract House Hotel, in 1874, where we were so well pleased with this pudding — as has always been my custom, in my travels, if I found some particularly nice dish upon the table — I made an effort (through the waiter) to obtain the recipe, and, by "oiling the machinery," at both ends of the route — paying the waiter and cook — I succeeded.

I have given it word for word as dictated by Mrs. Polk, who was highly gratified because we were so much pleased with her pudding, assuring us she "had made it in the same house for thirty-six seasons, without missing one!"

The family having made it many times since, I can, therefore, assure everyone "it is genuine," and very nice indeed.

Coarse cornmeal is considered better than fine for baked puddings; and if the milk is rich by stirring in the cream so much the better. —Dr. Chase 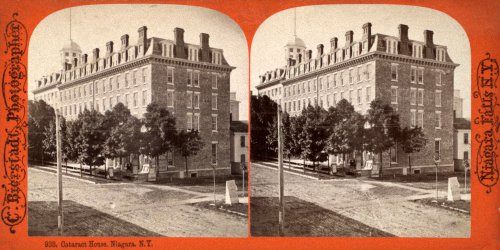 Mix all these nicely, and pour in boiling milk, 1 quart, mixing thoroughly, and put into a buttered dish; and when ready to set in the oven stir in cold water, 1 cup; bake (350°F) 3/4 to 1 hour.

Remarks. —This pudding is made without eggs, molasses taking the place of sugar. The water, it is claimed, gives the same lightness as the eggs — certainly it cannot give the same richness. —Dr. Chase

Remarks. —This cornmeal pudding recipe, it will be seen, has more meal in proportion to the milk, and consequently is not quite so much of a custard, but more of a pudding — the more eggs and milk, the more they are like custards.

Sour milk, 2 cups; cornmeal, 1-1/2 cups; wheat flour, 2 cups; soda, 1 teaspoonful, dissolved in a little of the milk; a little salt, and chopped raisins, 1/2 cup. Mix all, and steam 2 hours. To be eaten with any sauce preferred.

Scald a quart of milk, and stir in seven tablespoonfuls of sifted cornmeal, a teaspoonful of salt, one teacupful of molasses, a tablespoonful of ginger. Bake three hours (350°F). 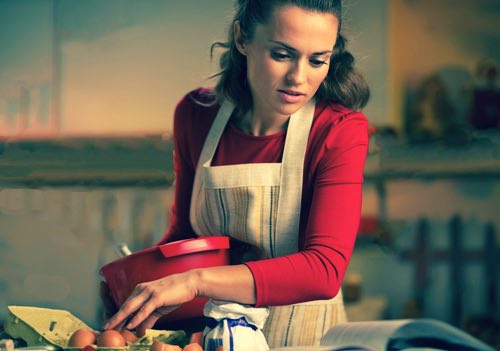 On a chilly day, there is nothing like a homemade pudding served warm from the oven and smothered in rich cream, or a delicious sauce.

There is an old saying, "The proof of the pudding lies in the eating" and thanks to this cornmeal pudding recipe, there's a lot of good eating here.

Take a large cupful of yellow meal and a teacupful of cooking molasses and beat them well together; then add to them a quart of boiling milk, some salt, and a large tablespoonful of powdered ginger; add a cupful of finely chopped suet or a piece of butter the size of an egg.

Butter a brown earthen pan and turn the pudding in, let it stand until it thickens; then as you put it into the oven, turn over it a pint of cold milk, but do not stir it, as this makes the jelly. Bake three hours (350°F). Serve warm with Hard Sauce.

Stir together one cupful of white sugar and half a cupful of butter until it is creamy and light; add flavoring to taste.

This recipe has been handed down from mother to daughter for many years back in a New England family. 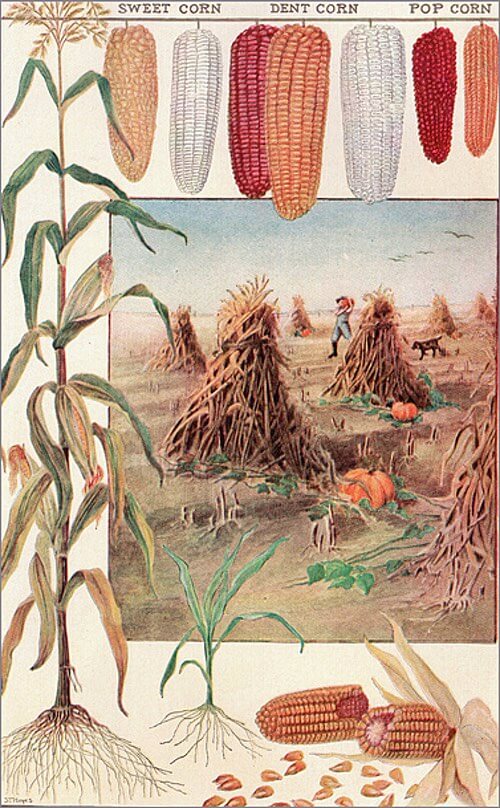 These old fashioned savory, non-sweetened puddings make excellent vegetable side dishes to serve with any meal. They are wholesome and delicious for when you desire something special.

Grate the corn from the cobs, and put 1 cupful in a deep buttered baking dish. Cover this with milk, sprinkle in a little pepper and salt, add 1 tablespoon of butter and set in the (350°F) oven for 1/2 hour, or until done.

Now take out and stir in 1 egg well-beaten and return to oven, leaving it only until the custard has set. A few minutes will suffice. This is a delicious accompaniment to a meat course.

While not a cornmeal pudding recipe, this savory pudding is unusual in that it calls for popped popcorn. It's easy to make, and it is good tasting.

Three pints milk, 2 eggs, 3 pints of popped corn (each kernel must be popped, white and not scorched in the least, with all unpopped kernels removed), a very little salt. Bake 1 to 2 hours (350°F). Serve as side dish, or with sweetened cream or milk.