Grandma's old fashioned carrot pudding recipes are wholesome and very easy to make. The steaming does take a while, but once you taste this comfort food you'll agree it's worth the time. These homemade puddings are delicious to eat anytime. 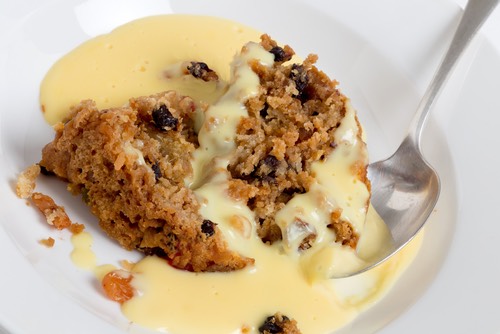 Mix all these ingredients together, pour into a buttered mold and cover with a buttered paper, and steam for three hours. Serve with hot milk, rich cream, a sweet dessert sauce, or a homemade custard sauce.

Steam 3 hours. One cup molasses may be added to above, if preferred for sweetness and flavor. 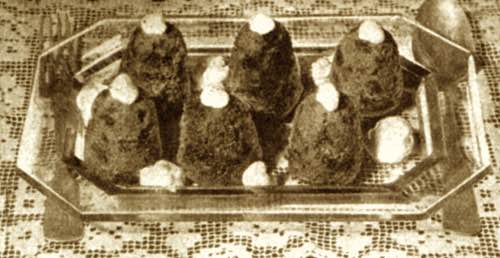 Mix ingredients in the order given, turn into a greased mold; cover and steam 3 hours. Or put in individual molds and steam 1-1/4 hours. Serve with hard or liquid pudding sauce.

Mix all together, combining soda with potato before adding. Spoon into greased 1-quart mold. Steam for 3 hours. Serve with sauce.

How to Steam a Carrot Pudding

Watch the brief YouTube video below for full instructions on how to make an old time steamed carrot pudding from scratch.

Here's the full list of ingredients called for in the old fashioned carrot pudding recipe, just in case you couldn't copy it down fast enough from the video:

These pudding sauces are delicious with any of the old fashioned carrot pudding recipes. Additional dessert sauces are also available on this page.

Cream ingredients together. Chill and serve cold with pudding.

Cook until mixture forms a soft ball candy stage then allow to cool. Serve while warm. Stir in cream if too thick for pouring.