Grandma's favorite boiled custard recipes make the best egg custard sauces you have ever tasted. They are deliciously smooth, rich, and creamy, and they compliment any dessert.

These custards taste ever so much better than those made from any store-bought mix. They are truly worth the little extra time it takes to prepare them. 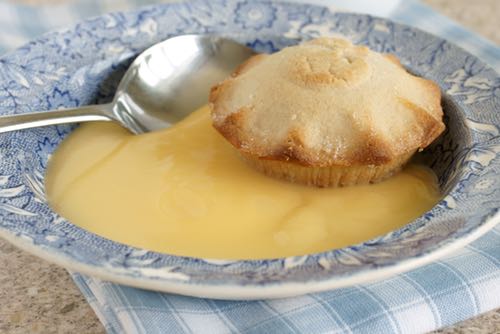 How to Make Boiled Custard

I will suggest an old fashioned custard recipe (perhaps it should be granted that everyone knows how to make it), as it is so often used in making many kinds of dessert, and as an excellent sauce for several puddings.

It is considered better made of the yolks only (some whites may be used, however). A dessertspoonful of sugar is enough for each egg, and five yolks are quite sufficient for a quart of milk.

Beat the yolks and the sugar together to a froth, and stir in the milk; put it into a custard boiler (double boiler), or, if one has none, into a small tin pot. Place this in a kettle of boiling water; stir the mixture constantly until it is a little thickened.

If it is well stirred, the custard will be a smooth cream; if allowed to remain a few moments too long in the boiling water after it begins to thicken, it will curdle and be spoiled.

Do not flavor it with any of the essences, wines, or brandy, until AFTER it is cooked; if either a vanilla bean or peach leaves are used, cook them with the custard.

If the whole eggs are preferred, for economy's sake, to be used (and they make very good custard), allow four eggs to a quart of milk, and four dessertspoonfuls of sugar.

If the milk is first boiled before it is added to the other ingredients, there will be less danger of the mixture curdling.

Boiled Custard with Vanilla or Chocolate

Beat the yolks of three eggs very lightly; stir into them two small tablespoonfuls of cornstarch, dissolved in a little milk, and one teacupful of sugar.

Bring two quarts of milk to a boil, then take it off the fire; pour it into the eggs, etc., a little at first; return it to the fire, and stir it until it thickens, not allowing it to boil; let it remain long enough to well cook the starch.

Now stir in lightly the whites of four eggs beaten to a stiff froth, allowing the custard to remain a half-minute on the fire to set the eggs. Flavor with vanilla or chocolate, or with both. —Miss Eliza Brown 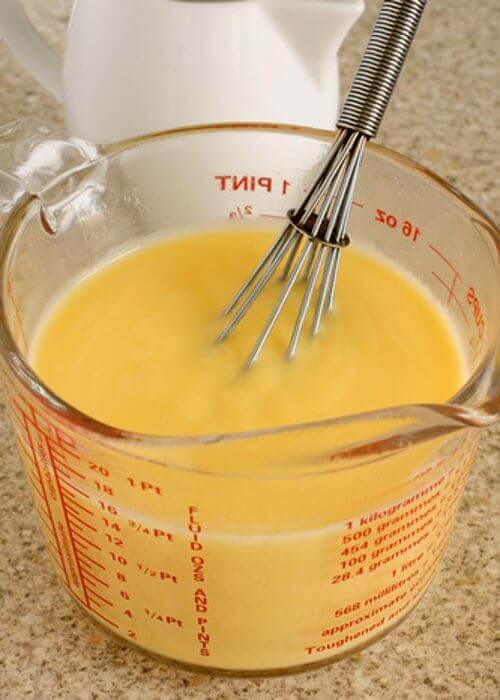 Beat six eggs well, add six tablespoonfuls of sugar, beat it well with the eggs; boil three pints of milk, pour it over the eggs, but be sure to stir them all the time, or it will be apt to curdle; put it back in the saucepan; stir it a few moments, over the fire, take it off, stir it until nearly cool.

About the Boiled Custard Recipes 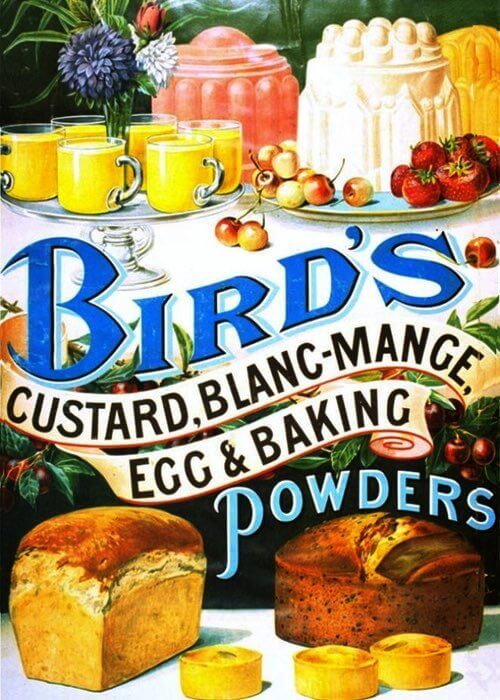 Custard as we know it today dates from the Medieval Era when it was enjoyed on its own or used as a creamy filling in tarts and pies, much as it's still enjoyed today.

Custards make a rich-tasting filling or creamy sauce for other desserts, including homemade pies. Treat your family to authentic, taste of old fashioned egg custards.

I really love the old fashioned custard recipes—so much fun to make and eat! —Marilyn, USA