Enjoy reading this collection of funny cooking quotes meant to bring a smile and a chuckle to brighten your time in the kitchen. After all, food should be enjoyed! 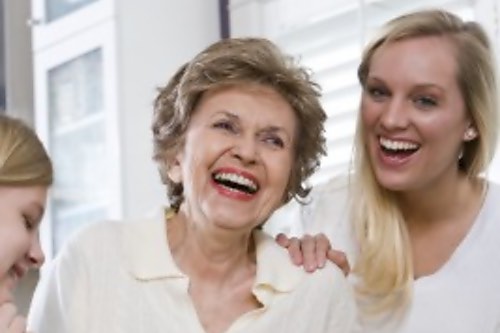 Who Says You Can't Have Fun While Cooking
(Source: ©kai-chiang/123RF.com)

This collection of funny cooking quotes has been compiled from a wide variety of vintage books, magazines, and other published sources.

"Frank, wake up. There's a burglar in the kitchen and he's eating up the rest of the homemade pie we had for dinner."

"Go back to sleep, dear. I'll bury him in the morning."

About the Funny Cooking Quotes 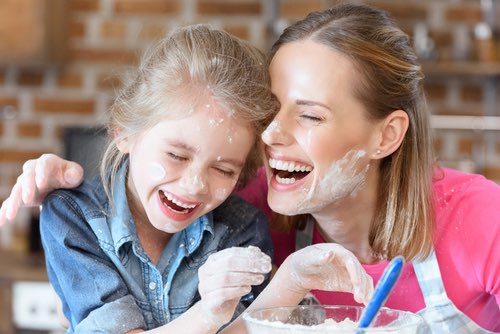 With a clever blend of wit and satire, these funny cooking quotes strike chords of truth causing us to see ourselves and others in our relationship to eating.

Enjoy reading them whenever you have the need of a smile or a chuckle. I'll be adding new quotes as I find them. 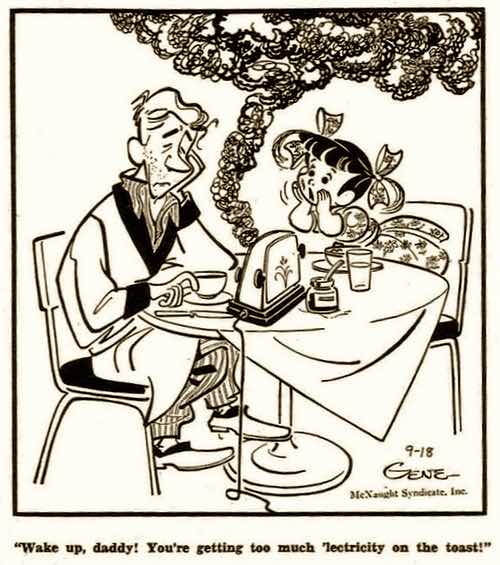 You're Getting Too Much 'Lectricity On the Toast
(PD Source: Angel Face 1957)

A woman, caught short on ingredients for her afternoon bridge club dessert, rushed to the store for food. With her, she took five-year-old Jack.

"Hey Mom, can I tell you something?" puffed Jack as they rushed to the corner store.

Finally at home, Jack said, "NOW can I tell you?"

"Oh, all right, what IS it?" said his mother in exasperation.

"I just wanted to tell you that the zipper on the back of your dress is unzipped!"

Please Share this Page with your family and friends by using the handy social buttons below. They'll love starting their day on a happy note too.