Traditional Chinese dessert recipes from the early 1900s are extremely rare and difficult to find, but since the Chinese were positively among the first to create what we now call confections, it is only fitting that I include several on this website. 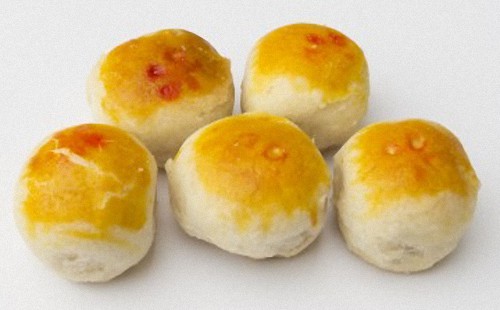 These tarts are sort of a dumpling. Work a heaping tablespoonful of clarified goose fat into two cups of rice flour. Add ice-cold water slowly to make a stiff paste.

Roll out, brush with the whipped whites of eggs, and fold over several times, each time brushing with egg; then roll about quarter of an inch thick and cut into rounds about the size of a small saucer.

Put in the filling (see recipes below), and place another round of paste on top. Press together at the edge, forming a rounded edge, and brush all again with white of egg.

Bake for fifty minutes in a moderate oven (375°F), then remove the outer flake, which will leave the tart snow white. Decorate with a yellow moon in the center, cut from candied orange peel or painted with fruit coloring. 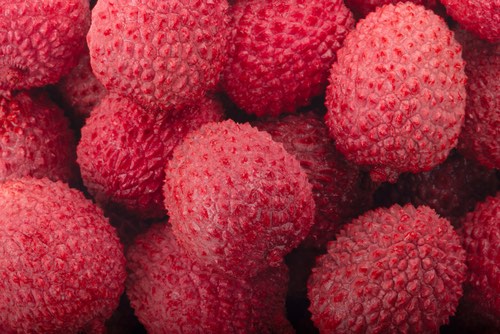 Two cups of lychee nuts, stoned and mashed to a pulp, one and one-half cupfuls of sugar, quarter of a cupful of crystallized limes, and a teaspoonful of mixed spices. Mix all well together, and use to fill tart.

A favorite Chinese candy made from red Chinese dates. The fruit is first mashed to a pulp, then mixed with powdered sugar and gelatin, beaten into a paste, rolled in sheets as thin as paper, and spread in the sun to dry.

After it has dried crisp, it is cut into squares of six by four inches, wrapped in waxed paper, and packed in bundles. It has a delightful piquant flavor, tart and sweet. 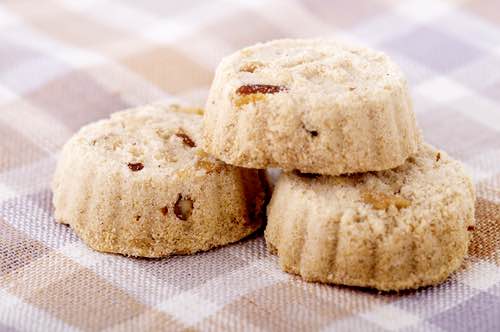 What's a collection of traditional Chinese dessert recipes without an authentic recipe for Chinese almond cake?

Now, you can enjoy the little almond cakes once enjoyed by the highest Mandarin of Shanghai.

Mix thoroughly two cupfuls of rice flour, one and one-half cupfuls of powdered sugar, and half a cupful of blanched almonds, chopped very fine, with a quarter of a cupful of almond oil. Moisten with two beaten eggs. Use no water, and if too stiff, add more egg.

Roll about a quarter of an inch thick, and cut in fanciful shapes. Place half an almond in the center of each cake, and bake them for one hour in a moderate oven (375°F).

These cakes are certain to keep for a long time if they are placed in a tin box.

One and one-half cupfuls of rice flour; one cupful of honey; one-quarter cupful of mixed nuts, chopped; three teaspoonfuls of clarified goose fat; yolks of two eggs; pinch of salt.

Take one and one-half cupfuls of rice flour and a pinch of salt and into this work three teaspoonfuls of clarified goose fat. Then chop very fine about a quarter of a cup of minced nuts. Beat the yolks of two eggs, and mix all together.

Now pour in one cup of raw, dark honey. If too moist, add more flour. Stir thoroughly for fifteen or twenty minutes, and pour into small cake pans, well oiled, and bake slowly for two hours. 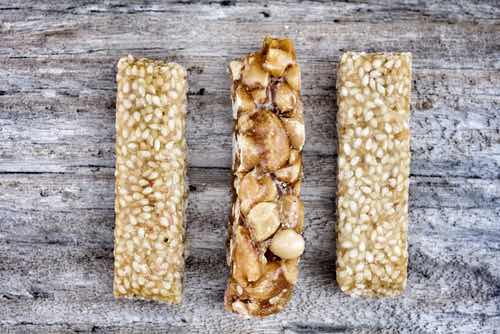 These traditional Chinese Dessert Recipes are written in such a clear, simple form that anyone by following its rules can prepare dishes of rare delicacy and flavor. —Shiu Wong Chan, author of The Chinese Cook Book, 1917. 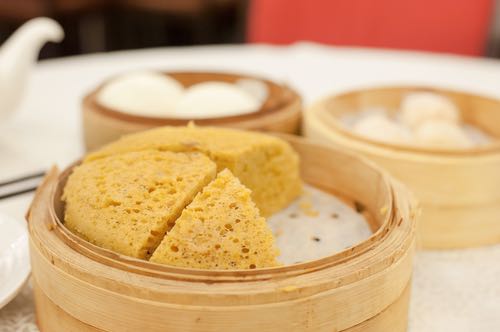 This traditional Chinese dessert recipe is so easy to make, and the little cakes are so light and delicious.

Try This Easy Recipe for Chinese Fritters
(Source: Chinese Cookery in the Home, 1911)

Two cups of rice flour; one-half cup sugar; scald both together with hot water and mix like bread, kneading lightly. Roll into little balls and cook in deep fat as you would ordinary fritters or doughnuts.

About the Traditional Chinese Dessert Recipes 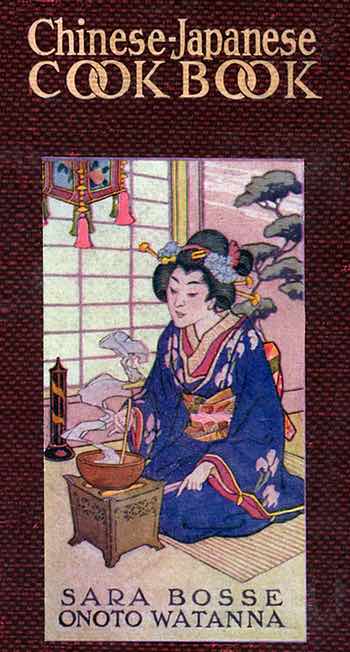 When these authentic Chinese recipes were first published in 1914, Chinese food had just become popular in North America.

Chinese restaurants were commonly found in many cities, and most challenged the competition by providing the finest in restaurant cuisine.

However, back in that day, Chinese cookbooks were quite rare so there were hardly any Chinese foods made in the average kitchen. Now, you have access to the original recipes so you can make your own.

These delicious Chinese confections make the perfect treats to serve after a special meal, especially after a Chinese dinner. Try one of these traditional Chinese dessert recipes today.

No cookbooks, so far as the authors know, have ever been published in China. Recipes descend like heirlooms from one generation of cooks to another.

The recipes included in this book (the Chinese ones, that is) have been handed down from Vo Ling, a worthy descendant of a long line of noted Chinese cooks, and himself head cook to Gow Gai, one time highest mandarin of Shanghai.

They are all genuine, and were given as an especial expression of respect by a near relative of the famous family of Chinese cooks. —Preface, Chinese-Japanese Cook Book, 1914

When the Chinese-Japanese Cook Book was originally published in 1914, it was the first of its kind. Cookbooks were nonexistent in China, and traditional recipes were highly prized. We are truly privileged to have available these rare traditional Chinese Dessert Recipes. 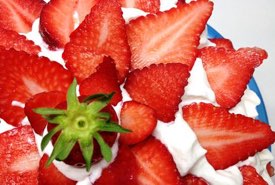