This isn't any old fashioned German cottage cheese pie recipe, it's a traditional family recipe favored for generations, so you know it's especially delicious.

Be sure to read the recipe's fascinating background story as it includes some helpful baking hints and then treat yourself by making an amazingly satisfying homemade dessert.

Submitted by Bob in Florida, USA 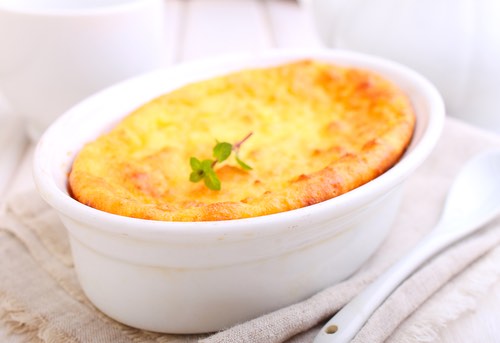 First, the Story Behind the Pie

The old fashioned German Cottage Cheese Pie Recipe is from my grandmother Elva Fay Grosh, born in 1900. She always called it Cheese Kugen.

The spelling "Kugen" is from her written recipe, though some have wondered if it should really be spelled "Kuchen" (pronounced koo-ken), as that's what it is, the German word for cake.

My Mom and both my grandmothers made this heirloom pie. I used their recipe a few times to make it, but I lost the recipe and just recently found it.

The buttery pie crust was like a sweet cookie mixture, thicker by twice the depth of a typical pie shell. It also extended out past the edge of the pie pan by about an inch or so. The pie was ALWAYS made in a glass pie pan or oven-proof baking dish.

The pie was refrigerated for hours to make it firm after baking. However, if made exactly right, its custard-like texture would be firm enough to slice cleanly and eat after cooling for an hour.

My grandparents would now be 115 years old, or so, and they were second generation Americans of Dutch and German decent. They grew up as dairy farmers in Ohio and Wisconsin.

This German cottage cheese pie recipe was common among many of their friends and neighbors, as well as many of my aunts. I remember eating this pie at many different gatherings when I visited either of my grandparents in Ohio.

Farm neighbors sometimes varied the pie slightly by eliminating the sprinkle of nutmeg, using cinnamon, or adding a teaspoon of their favorite preserves instead.

One thing that did not vary was the wonderful crust and the way it melted into the cheese so that there was almost no clear line that separated the two.

One great thing about this cheese pie is that it keeps good in the refrigerator covered with plastic wrap, and it tastes just as good after five days as it did the day it was baked.

My mother always made two of them so there would always be enough. One year, both my grandmothers visited us for Thanksgiving and, of course, they brought food.

Imagine my surprise when I opened the refrigerator to discover we had SIX Cheese Kuchens! I thought I'd died and gone to Heaven!

How to Make the German Cottage Cheese Pie Recipe

Sprinkle 1/2 cup flour to roll out the soft dough! Roll dough thicker than regular pie crust, more like the thickness of a sugar cookie!

Line a pie dish with dough, leaving nice tufts of dough over the dish sides so after you fill with cottage cheese this extra dough folds over the mixture about 1 inch or so, in a large scallop look!

(Note: Small curd cottage cheese may be substituted should large curd not be available.)

Pour cheese mixture into raw dough crust and fold extra dough over cheese. Sprinkle a little sugar on the folded crust. Add another dash of nutmeg to the cheese surface, if desired.

Bake at 350°F for about 30 to 40 minutes. It might even take 50 minutes for the top of the cookie crust to become a little golden.

Also, insert a toothpick into the filling; if it comes out dry, it is done. It will puff up big but settles down.

Allow to cool in the refrigerator for several hours to make it firm. However, if made exactly right, your pie should be firm enough to slice cleanly and eat after cooling for an hour. Enjoy! 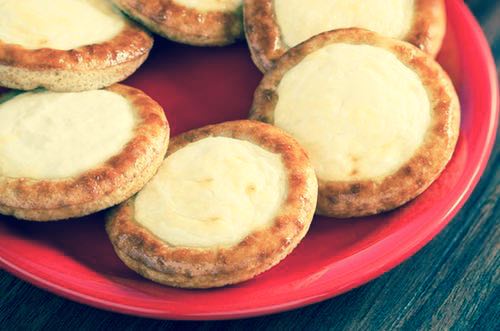 Here's an old fashioned Pennsylvania German Pie Recipe that I found hidden in Mom's files. We haven't tried it yet, but it looks as though it should make a fine dessert pie. 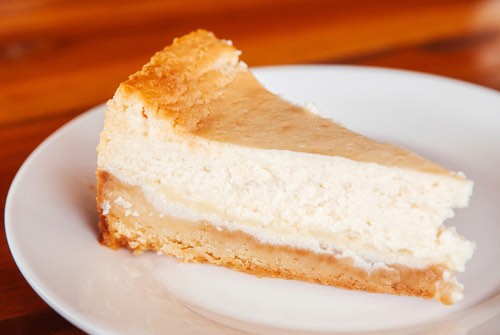 Put the cottage cheese in large mixing bowl. Add the melted butter, cream, lemon juice, sugar, grated rind of lemon, and salt. Mix all together thoroughly; then add the eggs separated and beaten; then the flour.

Line the pie form or baking dish with dough made as follows:

To complete this German Pie recipe, after lining a pie form, add the cheese preparation and bake in moderate oven (375°F) until a knife inserted in the pie's center comes out clean.