Renaissance Tansie recipes were quite common during the Renaissance Era and had been also popular during earlier medieval times. Tansies are an ancient custard-like pancake dish similar to today's fritters, incorporating rich cream and eggs and sometimes thickened with dry bread crumbs.

Apple slices were often added to the tansie batter along with lemon juice, but it could also contain other types of fruit, such as thin slices of lemon, or even edible flower blossoms. Spinach juice was traditionally used to color the tansie batter green. 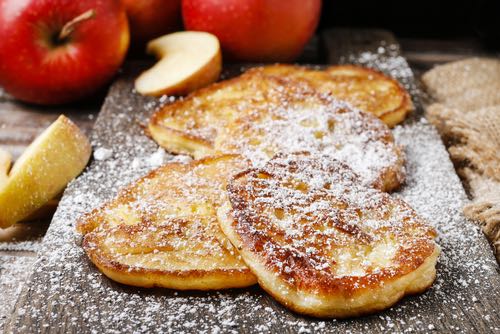 Tansies are easy to make and taste quite delicious, especially since these later tansie recipes avoid the bitter taste of the tansy herb. Enjoy a unique, historical Easter treat.

To make an Apple Tanſie

Take a Quart of Cream, one Manchet grated, the yolks of ten Eggs, and four Whites, a little Salt, ſome Sugar, and a little Spice, then cut your Apples in round thin ſlices, and lay them into your Frying-Pan in order, your Batter being hot, when your Apples are fried, pour in your Batter, and fry it on the one ſide, then turn it on a Pie-Plate and ſlide it into the Pan again, and fry it, then put it on a Pie-Plate, and ſqueeze the Juice of a Limon over it, and ſtrew on fine Sugar, and ſerve it to the Table.

To make a green Tanſie to fry, or boil over a Pot

Take a quart of Cream, the yolks of one dozen of Eggs and half, their Whites well beat, mix them together, and put in one Nutmeg grated, then colour it well with the Juice of Spinage, and ſweeten it with Sugar; then fry it with Butter as you do the other, and ſerve it in the ſame manner; but you muſt lay thin ſlices of Limon upon this.

If you will not fry it, then butter a Diſh, and pour it therein, and ſet it upon a Pot of boiling water till it be enough; this is the better and eaſier way.

Thus you may make Tanſies of any other things, as Cowſlips, Rasberries, Violets, Marigolds, Gilliflowers, or any ſuch like, and colour them with their Juice; you may uſe green Wheat inſtead of Spinage.

About the Renaissance Tansie Recipes 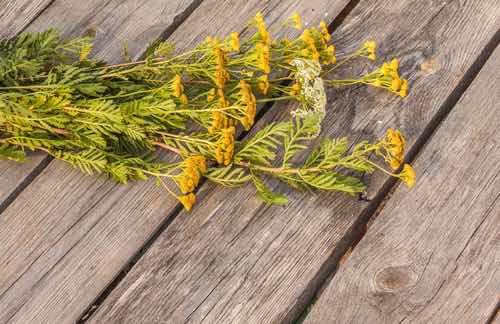 In medieval times, tansies were often garnished with bitter-tasting leaves from the herb "tansy," from which they were given their name. 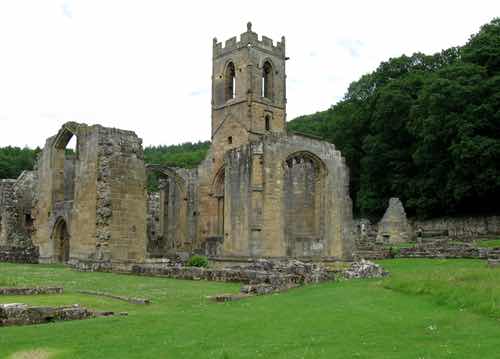 They were eaten at Easter in remembrance of the "bitter herbs" of Passover, and as a supposed side benefit, the tansy herb was thought to control flatulence and prevent intestinal worms after eating large quantities of salted fish during Lent. 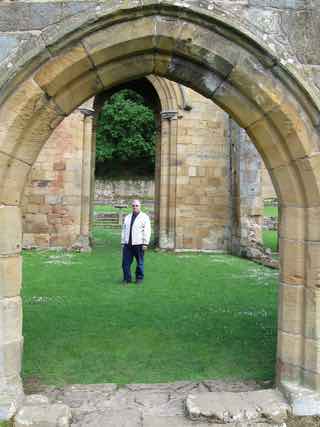 Though tansies were traditionally eaten and enjoyed by people the year-round and on festive occasions, they were especially popular around Easter time. You won't find a more traditional Easter dish to serve your family.

Compare the following recipe published in 1902 to the much older Renaissance tansie recipes. They are the quintessential green Renaissance recipes.

This is still eaten in country towns and is considered wholesome in the spring.

Pour 3 tablespoonfuls of the expressed juice of bruised tansy leaves over enough breadcrumbs to absorb it, add 3 ounces of blanched and pounded almonds, 2 ounces of sugar, 2 ounces of butter, 1 teaspoonful of grated lemon peel, 3 beaten eggs, 1/2 pint of cream or milk.

Boil, like a custard, and serve with lemon sauce, hot. —With a Saucepan Over the Sea, 1902