Renaissance candy recipes were highly prized by chefs of the nobility. Suckets and sugar plate were the two most popular candies of the Renaissance Era among the upper class who could afford them.

Suckets consisted of bits of candied root, fruit, and the peels of citrus fruits that were often spiced. They were a sweet confection to suck on, hence, their name. They were commonly used to sweeten the breath similar to the way people suck on candy breath mints today.

Plate, as in "sugar plate," is a moldable sugar paste thickened with gum tragacanth that hardens in a manner similar to what is now called confectioner's icing or fondant icing.

Enjoy using these authentic Renaissance Candy Recipes to make historical candies for your next Renaissance fair or banquet. 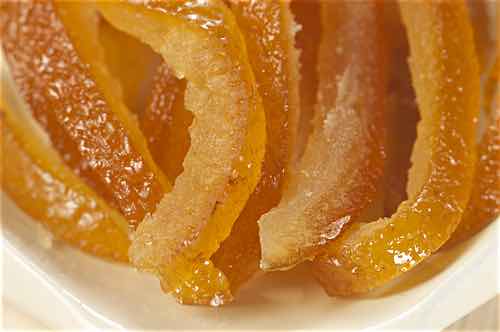 Before making this early Spanish candy recipe, make sure the flowers are edible and 100% pesticide free.

Take any ſort of Flowers well picked and beaten in a Mortar, and put them into a Syrup, ſo much as the Flowers will ſtain, boil them, and ſtir them till you ſee it will turn Sugar again, then pour it upon a wet trencher, and when it is cold cut it into Lozenges, and that which remaineth in the bottom of the Poſnet ſcrape it clean out, and beat it and ſearſe it, then work it with ſome Gum Dragon ſteeped in Roſewater and a little Ambergreece, ſo make it into what ſhape you pleaſe, and dry it.

Take a little Gum-Dragon laid in ſteep in Roſewater till it be like Starch, then beat it in a Mortar with ſome ſearced Sugar till it come to a perfect Paſte, then mould it with Sugar, and make it into what form you pleaſe, and colour ſome of them, lay them in a warm place, and they will dry of themſelves.

Take ſome of your Sugar Plate, print it in a Mould fit for a Walnut Kernel, yellow it over with a little Saffron, then take ſearced Cinamon and Sugar, as much of the one as the other, work it in Paſte with ſome Roſewater, wherein Gum Dragon hath been ſteeped, and print it in a Mould for a Walnut ſhell, and when they are dry, cloſe them together over the ſhell with a little of the Gum water.

To craft all kinds of ſhapes, what you pleaſe, and to colour them

Modern candy molds can easily be purchased online to use with the Renaissance candy recipes.

Take half a pound of refined Sugar, boil it to a Candy height with as much Roſewater as will melt it, then take moulds made of Alabaſter, and lay them in water one hour before you put in the hot Sugar, then when you have put in your Sugar turn the mould about in your hand till it be cool, then take it out of the mould, and colour it, according to the nature of the Fruit you would have it reſemble.

These original Renaissance candy recipes for making dry suckets are believed to be from the actual recipe collection of Queen Henrietta Maria. It's generally believed that the collection's compiler, W.M., was a prominent manservant in the queen's household. He might have been her personal chef.

Suckets (Succade) consisted of bits of candied root, raisins, berries, or the peels of citrus fruits that were often spiced.

Make your own suckets using these Renaissance candy recipes.

To candy Suckets of Oranges, Lemons, Citrons, and Angelica

Take, and boil them in fair water tender, and ſhift them in three boilings, ſix or ſeven times, to take away their bitterneſs, then put them into as much ſugar as will cover them, and ſo let them boil a walm or two, then take them out, and dry them in a warm oven as hot as Manchet, and being dry, boil the Sugar to a Candy height, and ſo caft your Oranges into the hot Sugar, and take them out again ſuddenly and then lay them upon a lettice of wier on the bottom of a ſieve in a warm oven after the bread is drawn, ſtill warming the Oven till it be dry, and they will be well candied.

To candy Grapes, Cherries or Barberries

Take any of theſe fruits, and ſtrew fine ſifted ſugar on them, as you do flower on frying fiſh, lay them on a lettice of wier in a deep earthen pan, and put them into an Oven as hot as for Manchet; then take them out, and turn them, and ſugar them again, and ſprinkle a little Roſe-water on them, pour the ſyrup forth as it comes from them, thus turning and ſugaring them till they be almoſt dry, then take them out of the earthen pan, and lay them on a lettice of wier upon two billets of Wood in a warm Oven, after the bread is drawn, till they by dry and well candied. 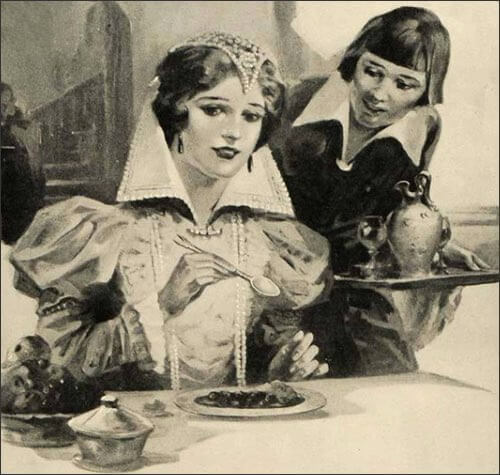 Wet suckets consisting of candied citrus peels, berries, plums, and raisins in thick syrups, were a popular sweetmeat favored by the British nobility and the wealthy of the 16th century, yet they were messy when eaten with the fingers.

The clever invention of a small eating utensil that incorporated a two- or three-tined fork at one end of the handle and a spoon bowl at the other solved the sticky problem. Lovers of sweetmeats could now spear a sucket with the fork and with a simple twirl of the fingers scoop the sugary syrup with the spoon.

Called sucket forks, but also known as sucket spoons, the unusual utensils remained popular until the early 18th century and are now valued by collectors.

Presentation was everything at medieval banquets and Renaissance dinners, and various sweetmeats were used to create elaborate and fanciful decorations for the tables of the nobility.

You can try your hand at making historical sweetmeats using the authentic Renaissance candy recipes featured on this page. 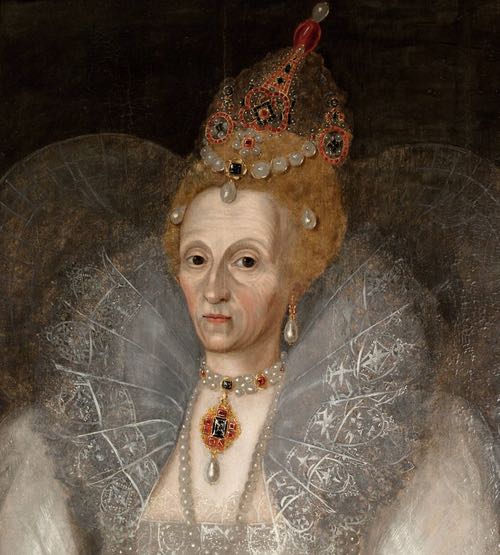 It was widely known that Queen Elizabeth I (1558-1603) had a powerful addiction to sugar candy, as she loved to eat sweetmeats daily.

After a private audience with Elizabeth on December 8, 1597, the French Ambassador, Andre Hurault, wrote a rather unflattering description of the Queen's appearance:

"Her teeth are very yellow and unequal, compared with what they were formerly, so they say, and on the left side less than on the right. Many of them are missing so that one cannot understand her easily when she speaks quickly."

Elizabeth often sucked on sweetmeats, citrus drops, and suckets in a vain attempt to mask her foul breath caused by her blackening teeth.

Surely, you won't require suckets to mask your breath, but you will simply enjoy them for their delicious taste. Thanks to the authentic Renaissance candy recipes, you can sample the same candies favored by Elizabeth the First.