Renaissance drink recipes often called for wine, spices, fruits, and generous amounts of sugar or honey for sweetening, and drinkers often demanded their beverages to be very sweet indeed.

Since ancient times, people of every race and culture have enjoyed refreshing beverages and those living during the Renaissance Era were no exception. Here are authentic recipes for making popular drinks from that era, including lemonade. 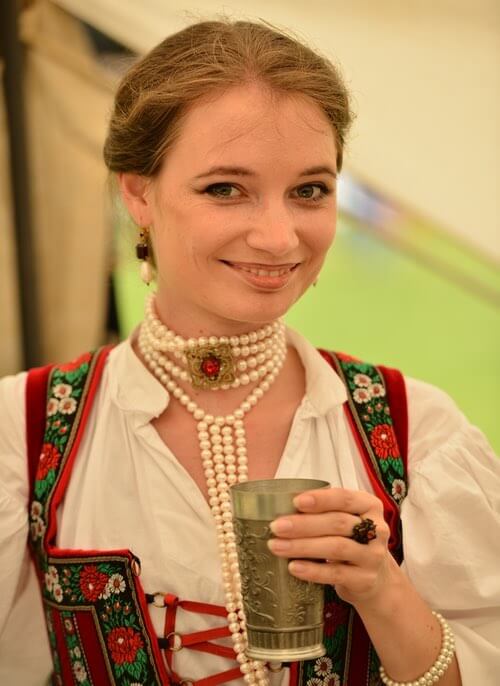 Enjoy experimenting with these authentic Renaissance beverage recipes and make your own hard and soft drinks similar to those consumed in the Medieval, Elizabethan, and Renaissance Eras.

Serve these historical drinks at your next medieval banquet or Renaissance fair.

Take half a Pint of Claret Wine, boil it a little, then ſcrape ſome Chaculato very fine and put into it, and the Yolks of two Eggs, ſtir them well together over a ſlow Fire till it be thick, and ſweeten it with Sugar according to your taſte.

This Renaissance almond milk recipe makes a delicious, warm beverage that was enjoyed by both the young and old alike.

Take Jordan Almonds blanched and beaten with Roſe water, then ſtrain them often with fair water, wherein hath been boiled Violet Leaves and ſliced Dates; when your Almonds are ſtrained, take the Dates and put to it ſome Mace, Sugar, and a little Salt, warm it a little, and ſo drink it.

History records that honey-sweetened lemonade was sold by licensed vendors on the streets of Paris as early as 1676. This historical lemonade recipe was published just four years previously.

It is generally believed that the cookbook's author "W. M." was a prominent manservant in the household of Queen Henrietta Maria and might once have been the queen's personal chef.

This historical mead recipe was ascribed to Dr. King, believed to be a prominent physician to the royal household of King Charles the First of England.

Take five quarts and a pint of Water, and warm it, then put one quart of Honey to every gallon of Liquor, one Lemon, and a quarter of an ounce of Nutmegs, it muſt boil till the ſcum riſe black, that you will have it quickly ready to drink, ſqueeze into it a lemon when you tun it. It muſt be cold before you tun it up.