Make your own creamy sweetmeats thanks to these Renaissance custard recipes. The historical recipes are over three centuries old, but the rich custards will taste rich and delicious today. 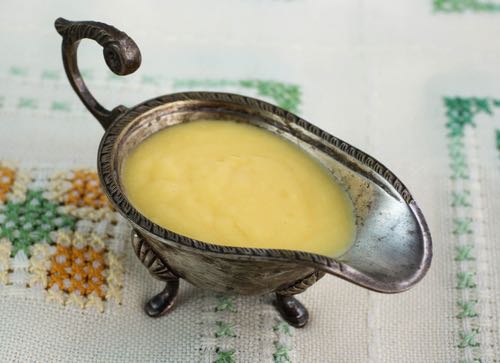 Take two quarts of Cream and boil it well with whole Spice, then put in the yolks of twelve Eggs, and ſix Whites well beaten and ſtrained, then put in theſe Eggs over the fire, and keep them ſtirring leſt they turn, then when they are thoroughly hot, take it off and ſtir it till it be almoſt cold, then put in Roſewater and Sugar, and take out the whole Spice, then put your Cuſtard into ſeveral things to bake, and do not let them ſtand too long in the Oven; when you ſerve them in, ſtrew on ſmall French Comfits of divers colours, or elſe fine Sugar, which you pleaſe.

To make a very fine Cream 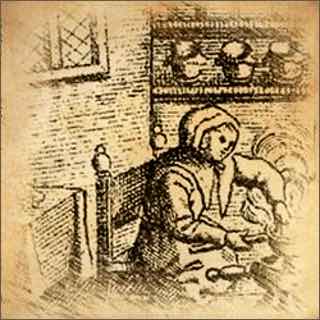 Take a quart of Cream, and put to ſome Roſewater and Sugar, ſome large Mace, Cinamon and Cloves; boil it together for a quarter of an hour, then take the yolks of eight Eggs, beat them together with ſome of your Cream, then put them into the Cream which is boiling, keep it ſtirring leſt it curdle, take it from the fire, and keep it ſtirring till it be a little cold, then run it through a Strainer, diſh it up, and let it ſtand one night, the next day it will be as ſtiff as a Cuſtard, then ſtick it with blanched Almonds, Citron Pill and Eringo roots, and ſo ſerve it in.

Take a quart of thick Cream, the whites of eight Eggs beaten to a Froth with Roſewater, then take off the Froth and put it into the Cream, and boil it, and always ſtir it, then put in the Yolks of eight Eggs well beaten, and ſtir them in off the Fire, and then on the fire a little while, then ſeaſon it with Sugar, and pour it out, and when it is cold, lay on it Jelly of Currans or Raſberries, or what you pleaſe.

To make Cream of divers things

Take a Quart of Cream and boil it a while, then put in eight yolks of Eggs and ſix Whites well beaten, put them in over the Fire, and ſtir them leſt they turn, then when it is almoſt enough, put in ſome Candied Eringo Root, Orange or Limon Pill Candied, and cut thin, preſerved Plums, without the Stones, Quince, Pippin, Cherries, or the like; if you do not like it ſo thick, put fewer Eggs into it.

The History of Custards 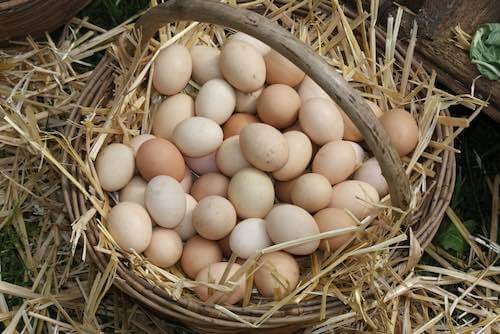 The Renaissance custard recipes evolved from the medieval "crustades" that were egg and cream mixtures used as binders for fillings in tarts and puddings.

They became eaten on their own as a dessert when served in non-edible pastry cases called coffins or as custard creams to top a dessert.

These historic recipes from the Renaissance Era tend to turn out delicious and are fun to try.