Consider these biscuits a healthy dessert treat to enjoy whenever you feel the need for a little comfort food. And if you're anything like me, you'll feel that need quite often! 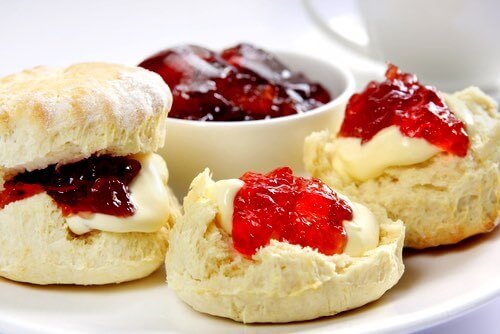 Homemade tea biscuits are delicious when eaten warm from the oven with butter or with your favorite jams, or jelly preserves generously spread upon them.

These were Grandma's favorite old fashioned biscuit recipes. They are so easy to make. Why not make some biscuits now?

Preheat oven to 450°F. Sift dry ingredients into bowl, Mix in milk, cut in shortening with fork. Place dough on ungreased pan and roll or pat with hand to 1/2-inch thick. Cut and bake 10 to 15 minutes in 450°F oven until done.

Sift one quart flour, with three teaspoons baking powder, and a pinch of salt. Add enough milk to make dough as soft as can be rolled.

Put cream in bowl, add flour with baking powder gradually so as not to get the dough too stiff. Roll to 1/2 inch thick, cut, bake in oven not so hot as required for other biscuits. Makes 10 biscuits.

Sift the cream of tartar and soda with the flour. Mix all with spoon, roll out, cut, and bake well in hot 425°F oven. A handful of currants is sometimes added. If no cream is at hand, substitute 1 tablespoon lard, or butter. —Women's Institute Old Fashioned Biscuit Recipe 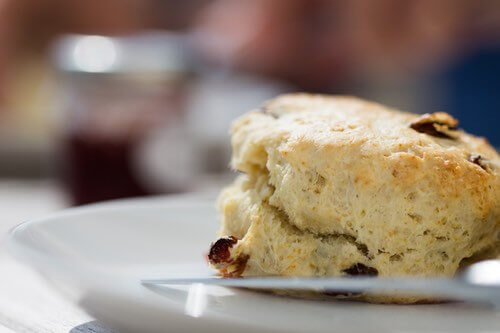 Almost any old fashioned biscuit recipe can be altered to add a few plump juicy raisins. There's nothing better than the taste of a warm-from-the-oven raisin tea biscuit. Make some tonight.

Are you having a LARGE gathering or family reunion? Here's the old fashioned biscuit recipe you've been looking for. Now, you can make large quantities of tasty homemade biscuits for up to 100 people!

Roll dough out on slightly floured board to 3/4-inch thickness and cut with a sharp biscuit cutter. Place on greased baking sheets and bake in a quick oven (425°F) 10 to 15 minutes. This recipe will make about 100 biscuits. 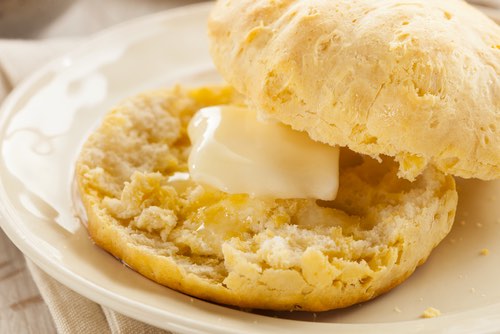 Mix together and empty onto well floured board, smooth out a little and cut into size desired. Bake in hot (425°F) oven.

Make into a stiff paste with eggs; roll our thinly, cut in rounds and bake in moderate (375°F) oven on buttered baking sheet. When cold put two together with icing or jam. —Mrs. M. Watson

This old fashioned biscuit recipe happens to be a family favorite. Mom often used it to make delicious homemade pinwheel biscuits for taking to family gatherings or to serve on special occasions.

Though the recipe calls for a filling of chopped raisins and citron, she often substituted small whole raisins and-or sometimes chopped nuts. Delicious either way.

Roll up like jelly roll, cut off in slices, spread with softened butter and bake like biscuits until done. Pinwheel biscuits are delicious. 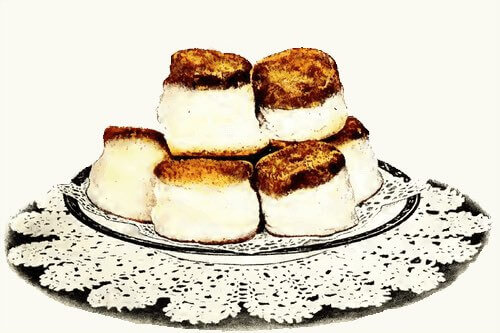 Mix flour, Ryzon (baking powder), and salt and sift into a basin; add butter or lard, and chop with a sharp knife until mealy. Add milk gradually until mixture is soft and spongy.

Turn onto a slightly floured baking board and roll lightly until of a uniform thickness, about one-half inch. Cut with a floured biscuit cutter, place on a greased tin and bake for twelve to fifteen minutes in a quick oven (425°F).

Biscuits should always be separated on the pan, as they will be more delicate and lighter than when placed close together. Sufficient for twelve biscuits. —by Maria W. Hilliard, Wellesley Hill, Mass.

Sift the flour, Ryzon (baking powder), salt, and sugar into a bowl. Cut in the lard and peanut butter with a knife, or rub them in with tips of the fingers. Beat eggs and add them with sufficient milk to make a soft dough.

Turn out on a floured baking board, knead lightly, roll out, cut with a round cutter, brush over with a little beaten egg, sprinkle with sugar, and bake from twelve to fifteen minutes in a moderate oven (375°F). Sufficient for twelve biscuits.

Mix like drop baking powder biscuit. Bake twelve minutes in hot (425°F) oven. They are excellent to serve with a vegetable as they are high in nutrition. Sufficient for twelve biscuits. —by Forecast Modern School of Cookery

This old fashioned biscuit recipe can also be used to make a good crust for a homemade meat pie.

Roll out quickly, cut with a biscuit cutter and bake in a quick oven (425°F) fifteen minutes. Sufficient for twelve biscuits. —by Forecast Modern School of Cookery 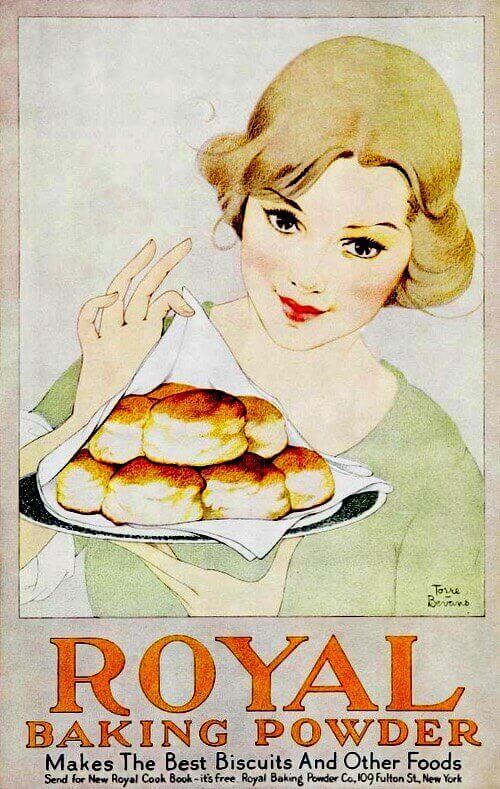 Enjoy a light, flaky, hot biscuit with a crisp, brown crust, just from the oven, broken apart and spread with butter, honey, jam, or marmalade. So good! Also good when smothered in gravy!

Sift together flour, baking powder, and salt. Add shortening and rub in very lightly; add liquid slowly; roll or pat out with hands on floured board to about one inch in thickness (handle as little as possible); cut with biscuit cuter. Bake in hot (425°F) oven 15 to 20 minutes.

Same as above Hot Biscuits, but with the addition of more milk to make stiff batter. Drop by spoonfuls on greased pan or in muffin tins and bake in hot 425°F oven. Quick to make.

Drop with tablespoon quite far apart on greased baking tin or in muffin tins. Bake in moderate (375°F) oven about 25 minutes.

The SECRET to Southern Biscuit Making

Cooks in the Old South were always famous for their light, fluffy biscuits. Their SECRET to making perfect biscuits wasn't so much in the old fashioned biscuit recipe used, it was in the type of flour used.

A preferred flour of Southern bakers since 1883, White Lily® self-rising flour is made from a soft winter wheat that's lower in protein and gluten than most conventional all-purpose flours.

However, if White Lily® flour is unavailable in your area, for each cup of regular all-purpose flour, try substituting 1 cup cake flour, 1 teaspoon baking powder, and 1/4 teaspoon salt. It won't be White Lily®, but you'll come close.