Grandma's old fashioned potato scones recipe is a keeper. There's nothing like the delicious, wholesome taste of homemade potato scones, or "tattie scones" as she always called them. I've also included her favorite recipe for squash muffins.

Be sure to enjoy the potato scones and squash muffins while they are still warm from the oven, generously spread with butter, or the delicious harvest-style homemade jam. 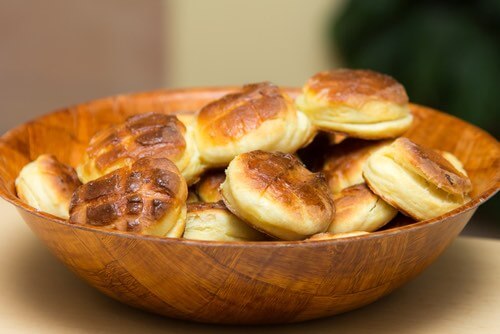 Tattie Scones With Jam or Jelly

Knead dough, divide into three pieces, and roll out into rounds. Divide each round into four small scones.

Place them on a hot griddle and cook for five minutes on each side. Serve hot with butter, jam, or a favorite jelly. 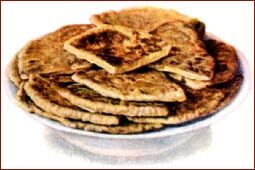 This old fashioned potato scones recipe may be made with leftover potatoes, but it's much nicer if prepared with potatoes freshly boiled and mashed.

Potato scones are very delicious, but will not keep fresh for more than a day. Enjoy! 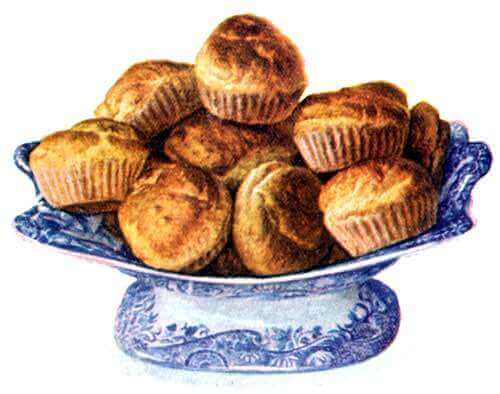 Mix well and bake in buttered and floured muffin pans in 350°F oven for twenty-five minutes, or until done.

If these muffins are intended for a luncheon or a tea, a quarter of a teaspoonful of powdered ginger may be added for extra flavor.

The steamed pumpkin bread loaf is a classic from the early settler days. Slice and serve while warm with butter for a delicious homemade treat.

Mix all these ingredients together, beat well, and turn into a buttered tin, cover with buttered paper, and steam for five hours.

Boil the marrow until tender, drain, add the other ingredients and boil until thick; and it will be almost as clear as honey. Do not cover with sugar overnight before boiling, as this makes the marrow tough.