Homemade donuts are delicious to eat on any occasion. They always go good with a morning coffee! And while they do take some time to prepare and deep fry, all that's forgotten once you experience the amazing homemade taste.

Fried Donuts are So Delicious and So Easy to Make
(Source: ©Shaiith79/Depositdonuts.com) 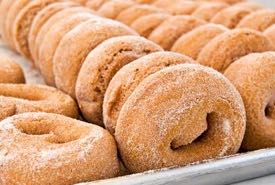 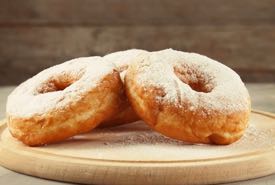 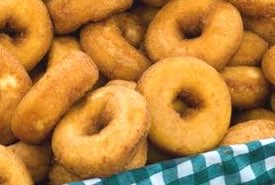 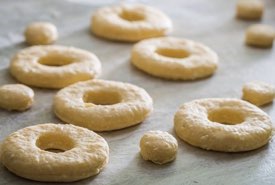 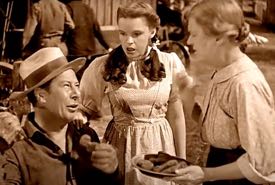 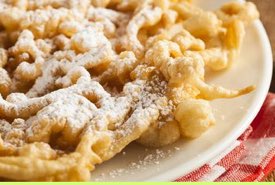 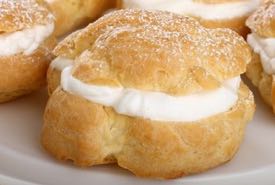 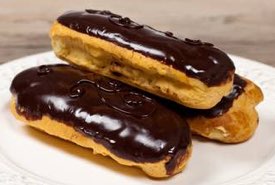 About the Fried Donut Recipes 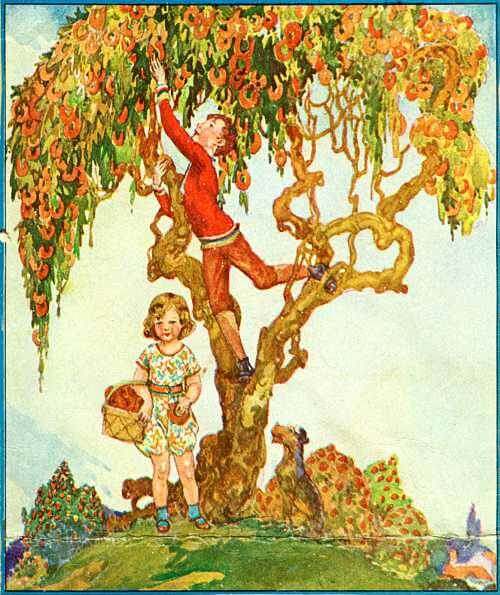 Oh weary mothers, rolling dough — Don't you wish that food would grow? How happy all the world would be, With a cookie bush and a doughnut tree. —Anon

On a cold winter's evening, Mom would sometimes select one of the old fashioned donut recipes from her recipe box, heat some lard on the kitchen stove, and deep fry a big batch of donuts.

She used a ring-shaped cookie cutter to cut them, but sometimes she cut the dough into other cookie shapes for me as well.

Almost any simple shape can be used for donuts as long as it's small enough to enable proper frying overall. If the shape is too large, the centers will end up being doughy. That's why donuts have holes!

It was so much fun watching the rings of dough bobbing around in the boiling lard while they were frying, and the warm, crispy donuts tasted so good when done. Now, you can enjoy making them for your family.

Everyone wants to help when you make them, but watch out for the little ones when they are around the deep fryer. The lard or oil gets very hot, and you don't want them to get splashed and burned.

You can always substitute your favorite cooking oil for the lard if you prefer. However, the lard (fat) does lend its distinctive old time flavor and crispness to the donuts.

So, create some lasting memories by making a batch of homemade donuts tonight. They are so fresh and good tasting that you'll never want the donut shop kind again!

Y-Girls Making Donuts at Montabaur on the Rhine, circa 1914-18 (Source: Library of Congress Prints and Photographs Division Washington, D.C. LC-DIG-stereo-1s04260)

Hundreds of young women volunteered to staff YMCA Canteens in Europe during World War I. The Canteens offered a safe place for American soldiers stationed in France and Germany to read, write letters home, and relax between battles.

The Canteen girls, also known as Y-Girls, gave the young fighting men a reminder of home by serving them coffee and non-alcoholic beverages along with sandwiches and doughnuts.

In the European towns, French and German women could often be hired to fry doughnuts by the thousands as American soldiers became known as Doughboys because of their passionate demand for fried donuts.

Did you ever wonder where the first donuts originated? Well, believe it or not, the Bible's Old Testament records in Leviticus 7:12 that the priest offered with the sacrifice of thanksgiving, "cakes mingled with oil, of fine flour, fried" — donuts?

Seriously folks, there are numerous theories and legends, but it is believed by many food historians that donuts first appeared in Germany and Holland as cooks dropped leftover bits of dough into boiling oil or fat, which they called olie koeken (oily cakes) or oliebollen (fat balls).

Some Dutch bakers shaped their oily cakes into fancy knots (dough-knots) and rolled them in sugar after frying.

The hole is practical in that it permits the jumbles and donuts to cook uniformly in the hot oil without having a semi-cooked, doughy center.

Soon, fried donut recipes became sought after as people sought to duplicate the tasty treat in their own kitchens.

How to View Vintage 3D Photos: The double image is an old time stereoscopic photograph. It can be viewed by leaning close and staring through the images while slightly crossing the eyes until the two images converge to form one 3D picture in the center. Some people find this method easier to do than others, but it is always fun to try.