These old fashioned buttermilk donut recipes make delicious farmhouse-style cake donuts that are sweet and crispy and almost melt in your mouth. It's true. Nothing you could buy in the donut shops can beat them for their homemade goodness! 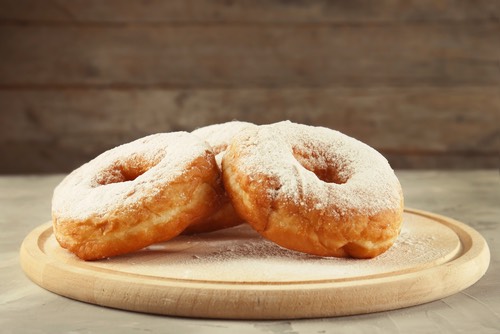 How to Make Buttermilk Doughnuts

The fat should be of the right heat to cook these properly. When hot enough it will cease to bubble and be perfectly still; try with a bit of the batter, and if the heat is right the dough will rise in a few seconds to the top and occasion a bubbling in the fat, the cake will swell, and the under side quickly become brown.

If the dough is cut about half an inch thick, five to eight minutes will be time enough to cook, but it is better to break one open as a test. When done, drain well in a skimmer, and place in a colander.

The use of eggs in the recipe prevents the dough from absorbing the fat. Doughnuts should be watched closely while frying, and the heat must be regulated very carefully.

We have absolutely no idea who "Albert" is. He might be Mrs. Ziegler's husband. But, since these are his FAVORITE donuts, we can assume they must be good!

One pint buttermilk, one cup sugar, two eggs, one teaspoon soda, half cup lard, nutmeg to flavor; mix [with flour] to a moderately stiff dough, roll to half inch in thickness, cut in rings or old time twists, drop into boiling lard, and fry to a light brown. —Mrs. A. F. Ziegler

Because the good ladies of the First Presbyterian Church in Marion, Ohio included this old fashioned donut recipe in their 1894 cookbook, you know it must be very VERY good.

One cup sugar, two eggs, one pint equal parts sour cream and buttermilk, one teaspoon soda, cinnamon and nutmeg to taste, flour sufficient for a soft dough. If sour cream is not at hand, use sufficient shortening to make it equal. —Mrs. P. O. Sharpless 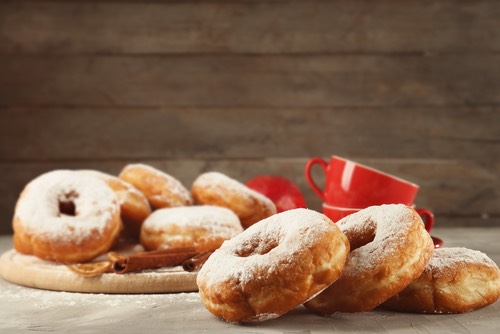 Sift soda, cream of tartar, and flour 7 times, and sift in mixture a little at a time. Butter should be warm but not oily. —Mrs. W. J. Lawlor

Homemade Donuts, as Made by Peggy Shortcake

Peggy says: "Roll pretty thin; have your lard boiling hot, and fry a nice brown. No dyspepsia about these; try 'em, if you want such as made way down East."