These traditional Italian cake recipes make the best dessert cakes you've ever tasted. Whether it's the classic Margherita Cake, the Portuguese Cake, or the delicious Torta Mantovana, you are in for a wonderful taste experience. 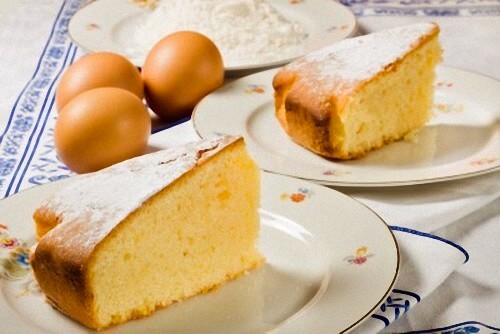 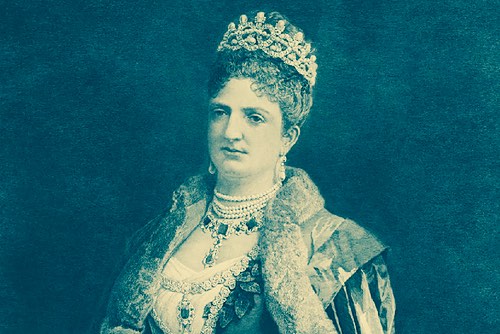 This old fashioned Italian cake was originally a peasant cake meant to be served with and dipped in milk. Some claim it was named after Margherita di Savoia (1851-1926), Italy's first consort queen.

Others say it was named after the Margherita (daisy) because the golden cake's appearance when cut in wedges and dusted with powdered white sugar is similar to the flower.

Beat well the egg yolks with the sugar, add the potato meal and the lemon juice and stir everything for half an hour. Finally, beat well the whites, and mix the rest, stirring continually but slowly.

After skinning the almonds in warm water and drying them well, grind or better pound them well together with a tablespoonful of sugar and mix well with the flour.

Put the rest of the sugar in a deep dish with the egg yolks and the grated lemon peel (just a taste) and stir with a ladle for a quarter of an hour.

In another dish beat the six whites of egg and when they have become quite thick mix them with other ingredients stirring slowly everything together.

To bake, place the mixture in a baking tin greased evenly with butter and sprinkled with powdered sugar and flour.

This Portuguese-style sponge cake is made with almonds and orange and has a moist spongy texture when baked.

It's important to grind the almonds very fine and make sure the eggs are well beaten for good results with this traditional Italian cake recipe.

First mix the yolks of the eggs with the sugar, then add the flour, then the almonds skinned and chopped fine, then the orange juice (through a colander), then a taste of orange peel (zest). Finally add to the mixture the whites of the eggs well beaten.

Put in a paper mold greased evenly with butter, with a thickness of about an inch and bake in a very moderately hot oven.

After baked, cover with a white glaze or frost, made with powdered sugar, lemon juice, and the white of eggs.

This tasty cake from Tuscany is served on special occasions. The almonds and pine seeds give this cake a satisfying crunch, and it's especially good for serving with coffee or tea.

First work well with a ladle the eggs with the sugar, then pour the flour little by little, still stirring, and finally the butter, previously melted in a bain marie (double boiler).

Put the mixture in a pie dish greased with butter and sprinkled with flour or bread crumbs ground. On top put the almonds and the pine seeds. Cut the latter in half and cut the almonds, previously skinned in warm water, each in eight or ten pieces.

This tart must not be thicker than one inch, so that it can dry well in the oven, which must not be too hot. Sprinkle with powdered sugar and serve.

To begin this traditional Italian cake recipe, mix two eggs with flour, flatten the paste to a thin sheet on a bread board and cut into thin noodles.

In a corner of the bread board make a heap of the almonds with the sugar, the candied fruit cut in pieces and the grated lemon peel. All this cut and crush so as to reduce the mixture in little pieces.

Then take a pie dish and without greasing it, spread a layer of noodles on the bottom, then pour part of the mixture, then another layer of noodles and continue until there remains no more material, trying to have the tart at least one inch thick.

When it is so prepared cover with the melted butter, using a brush to apply it evenly.

This traditional Italian cake recipe originated in Bologna when rice was plentiful and affordable. It was often prepared for the Addobbi festivity to celebrate the anniversary of a Parish.

Slowly cook the rice in milk and then once all ingredients are mixed, bake until soft and springy in a 350°F (180°C) oven for best results.

You may substitute candied citron for candied cedar.

Skin the almonds and grind or pound them with two tablespoonfuls of the sugar.

For this traditional Italian cake recipe, cut the candied cedar in vary small cubes. Cook the rice in the milk until it is quite firm, put in all the ingredients except the eggs, which are added when the mixture is cold.

Put the entire mixture in a baking tin greased with butter and sprinkled with bread crumbs ground fine, harden in the oven, and after 24 hours cut the tart into diamonds. When serving dust with powdered sugar.

Skin the almonds in warm water and ground or pound very fine with all the sugar, to be mixed one tablespoonful at a time.

Cook the farina in the milk (about 8 or 9 minutes while stirring) and before removing from the fire add the butter and the almonds, which will dissolve easily, being mixed with the sugar. Then put the pinch of salt and wait until it becomes lukewarm to add the eggs that are to be beaten whole previously.

Pour the mixture in a baking tin greased evenly with butter, sprinkled with bread crumbs and of such a size that the tart has the thickness of an inch or less.

Put it in the oven, remove from the mold when cold and serve whole or cut into sections.

This authentic Italian Cream Cake is traditionally served for holiday occasions and those really special times.

Weigh three eggs, and take equal quantities of castor sugar, butter, ground rice, and maize (the last two together); make a light paste with them, but only use one whole egg and the yolks of the two others, add the scraped peel of an orange and a pinch of salt.

Roll this paste out to the thickness of a five-shilling piece, color it with the yolk of an egg and bake it in a cake tin in a hot oven until it is a good color, then take it out and cut it into four equal circular pieces.

Have ready some well-whipped cream and flavor it with Maraschino, put a thick layer of this on one of the rounds of pastry, then cover it with the next round, on which also put a layer of cream, and so on until you come to the last round, which forms the top of the cake.

Then split some almonds and color them in the oven, cover the top of the cake with icing sugar flavored with orange, and decorate the top with the almonds and preserved cherries.

This tasty dessert cake is named after Tolentina, an old town in the province of Macerata in Central Italy.

For this traditional Italian cake recipe, make a medium-sized sponge cake; when cold cut off the top and scoop out all the middle and leave only the brown case; cover the outside with a good coating of jam or red currant jelly, and decorate it with some of the white of the cake cut into fancy shapes.

Soak the rest of the crumb in brandy or Maraschino and mix it with a quarter of a pint of whipped cream and bits of pineapple cut into small dice; fill the cake with this; pile it up high in the center and decorate the top with the brown top cut into fancy shapes.

The cakes can be rolled for jelly rolls, or cut into shapes that are sometimes stacked with a favored filling between.

Weigh four eggs, and take equal weights of castor sugar, butter, and flour. Pound three ounces of almonds, and mix them with an egg, melt the butter, and mix all the ingredients with a wooden spoon in a pudding basin for ten minutes, then add a little scraped orange or lemon peel, and a dessertspoonful of brandy.

Spread out the paste in thin layers on a copper baking sheet, cover them with buttered paper, and bake in a moderately hot oven.

These little pastry cakes must be cut into shapes when they are hot; otherwise, they will break.

Potato Meal isn't often found for sale nowadays, but potato flour offers a good substitute, though it's a finer grind or texture.

Different from potato starch, potato flour is a flour made from grinding dried, whole potatoes and is used as an alternative to wheat flour for gluten-free cooking.

Potato flour helps to improve texture and add moisture and a natural sweetness when added to cookies and cakes.

About the Traditional Italian Cake Recipes 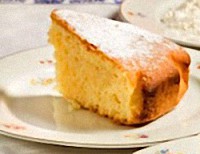 The Italians have long enjoyed a deserved reputation for their skill in perfecting dessert cakes, and these traditional Italian cake recipes represent some of their finest creations.

The old fashioned Margherita cake and the creamy Cremona Cake are two Italian cakes that stand out. Plus, there's the trifle-like Cake alla Tolentina recipe.

You'll want to make them all. Really!

You will quickly come to appreciate the delicious, Old World taste of these rich yet wholesome dessert cakes. As Grandma often said, the proof is in the eating, and you'll find plenty of proof here!