Several of these traditional French pudding recipes were made famous by Chef Francois Tanty, the celebrated 19th century royal chef to Napoleon III and other crowned heads of Europe.

Whether it's the old fashioned Charlotte Russe, the Pudding Diplomate with Sambayon sauce, or the classic Creme a la Versailles, you'll impress your friends by preparing these desserts with the sweet taste of Old France. 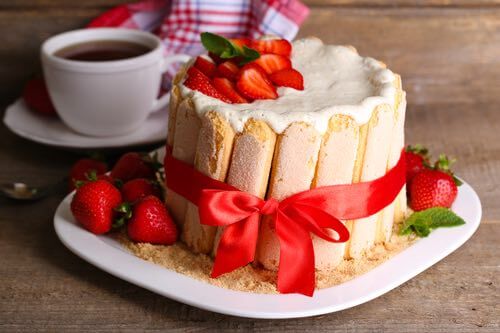 This is a quick and easy French pudding recipe, but the result always looks spectacular and the pudding tastes just as spectacular as it did at royal banquets.

Despite its longer preparation time, this is THE classic French pudding recipe to consider for a very special occasion when you want a traditional French dish. Master it, and you're sure to impress your guests.

Put the sugar in a small frying pan and stir until a very light brown. Add the water, stir a moment longer, and mix with the milk. Beat the eggs and salt with a spoon. Add this mixture and the vanilla to the milk.

Butter a two-quart Charlotte Russe mold lightly, and put the custard in it. Put the mold in a basin of warm (not hot) water and bake slowly until the custard is firm in the center.

It should take forty minutes; but if the oven is quite hot, it will be done in thirty minutes. Test by putting a knife down into the center, for if the custard is not milky, it is done.

Set away in a cold place until serving time. It must be ice-cold when eaten. Turn out on a flat dish, and pour caramel sauce over it.