French cream cake recipes are prized by those who appreciate rich tasting, memorable desserts, and these are some of the best ever published.

Below is a selection of traditional cream cakes, including a vintage French Canadian recipe for the to-die-for Gâteau à la Française. Bake one of these delicious dessert cakes tonight! 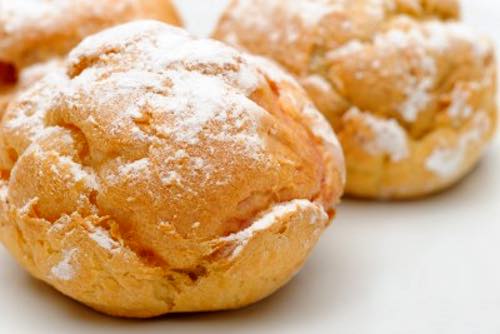 1/2 cup butter, 1 cup boiling water, 4 eggs, 1 cup flour. Put butter and water in saucepan and place on front of range. As soon as boiling point is reached, add flour all at once, and stir vigorously.

Remove from fire as soon as mixed, and add unbeaten eggs one at a time, beating, until thoroughly mixed, between the addition of eggs.

Drop by spoonfuls on a buttered sheet, one and one-half inches apart, shaping with handle of spoon as nearly circular as possible, having mixture slightly piled in center. Bake thirty minutes in a moderate oven (375°F).

If cream cakes are removed from the oven before being thoroughly cooked, they will fall. If in doubt, take one from oven, and if it does not fall, this is sufficient proof that others are cooked.

When done, with a sharp knife make a cut in each large enough to add cream filling. This cake recipe makes eighteen small cream cakes.

These delicious little cream cakes are bursting with the flavor of fresh strawberries. They are so delicious, they taste as though you've slaved over them all day long, but only you'll know you haven't.

These cakes are perfect for serving at a private party or at an old fashioned picnic lunch by the lakeside.

Beat together the butter and icing sugar to a cream, add the brandy, and caramel. Mix well together, and take out a quarter, add chocolate to remainder.

Cut the cake into thick slices, spread them with the chocolate mixture, replace, and garnish gateau with remainder of icing.

Cake: One cup sugar, three eggs, one and a half cups flour, two tablespoonfuls cold water, one teaspoonful cream of tarter, half a teaspoonful soda. Make three layers in Washington pie plates.

Cream: One egg, half a pint of milk, three heaping tablespoonfuls sugar, two even tablespoonfuls flour, and a little salt. Flavor with lemon or vanilla. Stir into the milk when hot the flour mixed in a little cold milk, also the beaten egg and sugar.

The same cake may be used for jelly, and for chocolate Washington pie, only add butter the size of an egg.

Chocolate Filling: Half a cake of chocolate, grated, one cup sugar, one egg, one tablespoonful cold water. Stir all together, and steam ten minutes, as for boiled custard. Put on the cake while warm.

About the French Cream Cake Recipes

Fannie Farmer was the most popular cookbook author of her day, as famous as today's Martha Stewart, and her French cream cake recipes positively did her credit.

They are so easy to make, yet the little cream filled cakes will look fantastic on your dessert table. They are especially delicious and perfect for serving on any occasion. 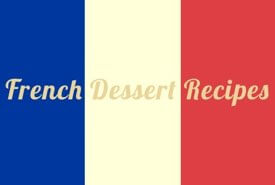