If you're wanting an old fashioned vanilla cupcake recipe, this one is hard to beat. It was always Mom's favorite, and it was written to instruct young girls on how to make homemade cupcakes step by step. The practical tips once mastered can be followed when making any cupcakes. 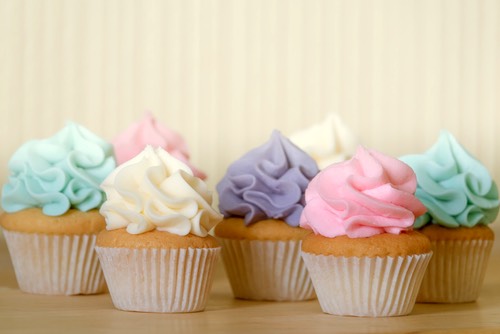 Let 'em Eat Cupcakes! And don't think they won't! When you make these good-to-the-last-crumb basic vanilla cupcakes, you'll be needing only one-half cup of sugar since the recipe was invented in the 1940s during wartime sugar rationing. Enjoy. 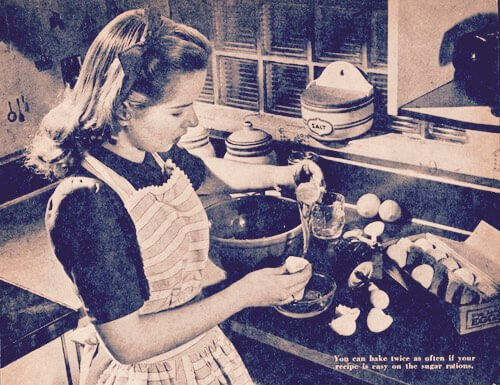 This is an absolute whiz of a recipe. It makes delicious homemade cupcakes. It makes them with the absolute minimum of sugar and no shortening.

Here we go, then. Separate the yolks and whites of 3 eggs (save 2 of the whites in a separate dish for icing later, if desired). Beat the yolks till they are a light lemon-yellow color.

Measure 1/2 cup of sugar, 1/8 teaspoon of salt and sift them together twice to be sure they are lumpless and evenly combined. Then add them gradually to the egg yolks, beating all the time. Stir into this 1/4 cup of boiling water.

Now you need 3/4 cup of sifted flour. To accomplish this, you measure 3/4 cup of cake flour. Then you sift it. Then you pile it back lightly into the measuring cup, using a spatula, or any other broad, flat blade.

Level the flour by scraping off the excess with the edge of the blade, for you'll have some left over. That's the point. So don't shake the cup or poke the flour down or try to make the rest fit into the measure. It increases in bulk when sifted, and that's why it's important to measure again and correctly for the increase.

Now re-sift this 3/4 cup of cake flour with 2 teaspoons of baking powder. Then add it to the mixture of egg yolks, sugar, salt, and water, beating till you have a smooth batter. Flavor it with 1 teaspoon of vanilla and 1/2 teaspoon of grated lemon rind (optional).

All right, you're ready to bake. Grease your cupcake pan, and fill each division two-thirds full. Set it into the oven preheated to 350°F and bake for about 15 minutes. Let the cupcakes cool in the pan after removing them from the oven. 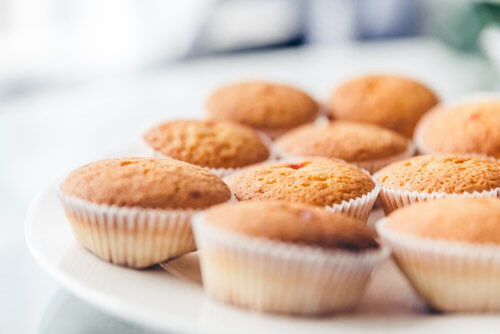 These cupcakes are absolutely delicious when served plain with fruit or for a fancy, tempting display, generously frost using your favorite homemade icing recipe. 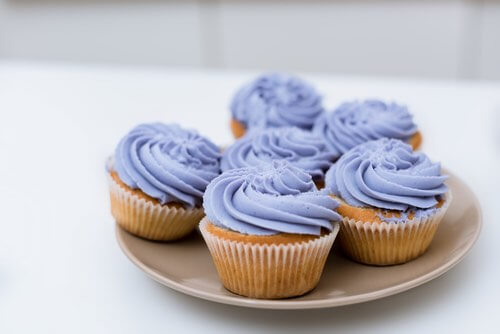 By the way, preheating the oven means turning it on a good 15 minutes before you want to use it, setting the control for the temperature that you want, and letting it reach that temperature before you put the cupcakes or cake in.