Grandma's old fashioned pumpkin pie recipes will make homemade dessert pies from scratch that you'll be proud to serve on any occasion.

Learn how to make your pumpkin pies from scratch, and you'll never go back to using canned pumpkin fillings again. Their all-natural flavor is out of this world.

Pumpkin pies are great for serving at any time of the year too, not just at Thanksgiving and Halloween. They are wonderful when served with whipped cream or vanilla ice cream. Treat yourself today.

If you find yourself hard pressed for time, I have included a couple of Grandma's pumpkin pie recipes with canned filling in the Thanksgiving Pie section. 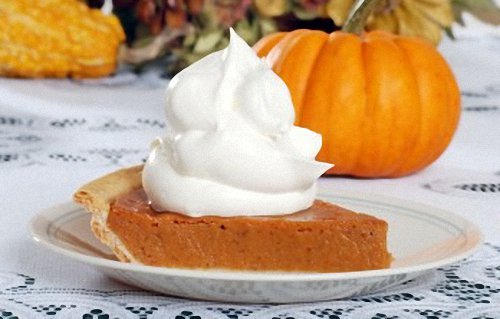 How to Make Baked Pumpkin or Squash for Pie

Cut up pumpkin shell in several pieces, do not pare it; place them on baking tins and set them in the oven.

Bake (350°F) slowly until soft, then take them out, scrape all the pumpkin from the shell, rub it through a colander. It will be fine and light and free from lumps.

For three pies: One quart of milk, three cupfuls of stewed and strained pumpkin, one and one-half cupfuls of sugar, one-half cupful of molasses, the yolks and whites of four eggs beaten separately, a little salt, one tablespoonful each of ginger and cinnamon.

Beat all together and bake with an under crust at 425°F for 15 minutes on a lower rack, then reduce oven heat to 350°F and continue baking until done.

Boston marrow or Hubbard squash may be substituted for pumpkin and are much preferred by many in an old fashioned pumpkin pie recipe, as they possess a less strong flavor.

A tablespoonful of brandy added is a great improvement to pumpkin or squash pies.

One quart of stewed pumpkin pressed through a sieve, nine eggs, whites and yolks beaten separately, two scant quarts of milk, one teaspoonful of mace, one teaspoonful of cinnamon, and the same of nutmeg, one and one-half cupfuls of white sugar, or very light brown.

Beat all well together and bake in crust without cover at 425°F for 15 minutes on a lower rack, then reduce oven heat to 350°F and continue baking until done.

One quart of properly stewed pumpkin pressed through a colander; to this add enough good, rich milk, sufficient to moisten it enough to fill two good-sized earthen pie plates, a teaspoonful of salt, half a cupful of molasses or brown sugar, a tablespoonful of ginger, one teaspoonful of cinnamon, or nutmeg.

Bake in a moderately slow oven (350°F) three-quarters of an hour. 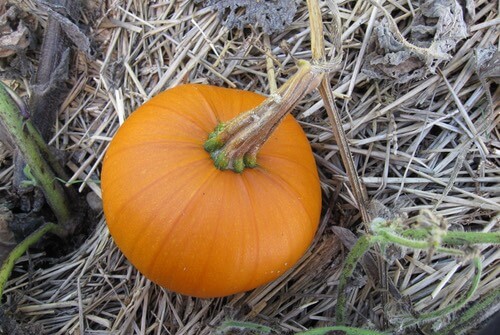 How to Prepare Pumpkin and Squash for Pie Making

"If all housekeepers who make pumpkin pies knew how much better and easier it is to bake the pumpkin first, they would no longer worry over cutting up and peeling it, but just cut it in halves, take out the seeds, lay it in the oven and bake (350°F) until soft, when it can be scraped out and used as usual, and is so much better for not having water in it."

Winter squash makes a much richer pie when treated in the same way.

For this old fashioned pumpkin pie recipe, rub the pumpkin through a colander, adding the butter, sugar, and spices, and make hot, then the beaten eggs and flour; mix smoothly together, and while hot put into the dish, having a thick crust to receive it, and bake in a moderate oven (375°F). — Henry Crane, Frost House, Eaton Rapids, Mich.

Remarks. —This makes a thick pie, very nice. If fearful of a soggy crust, bake it before putting in the pie mixture.

If a pint of milk was added, it would be more like the old fashioned pumpkin custard pie, softer and not quite so rich, unless an additional egg or two, with an extra cup of sugar is put in. If milk is plenty, and pumpkin scarce, take this latter plan. —Dr. Chase

Stew a medium-sized crook-necked (or other equally rich) squash, and rub the soft part through a colander, as for the old fashioned pumpkin pie recipe, above.

Butter, 1/2 pound; cream and milk, each 1 pint, or milk with the cream stirred in, 1 quart; sugar, 2 cups; 1 dozen eggs well beaten; salt, mace, nutmeg, and cinnamon, 1 teaspoonful each, or to taste.

Remarks. —Of course, the mixing and baking, the same as for the old fashioned pumpkin pie recipe above; and if less is needed for the family keep the same proportions as in that also.

I think good squash makes a richer pie than pumpkin, while some persons claim the reverse and call for an egg or two extra.

If a poor quality is used, this would be so; but crook-necked, or Hubbard, are much nicer than pumpkin, both in quality, and flavor, and I like this pie much the best, but can get along very nicely even with a good rich pumpkin pie. —Dr. Chase

This old fashioned pumpkin pie recipe was donated to the Buckeye cookbook by the wife of William Irwin, the thirteenth Governor of California (1875-1880).

Paper money was widely introduced during Irwin's term despite his fight to retain the use of gold and silver "hard money" in the State of California.

Cut a pumpkin into thin slices, and boil until tender in as little water as possible, watching carefully that it does not scorch.

Set the stew-kettle on top of stove, mash the pumpkin fine, heaping it against the sides of the kettle so that the water may drain from it and dry away; repeat this process until the water has all evaporated, and the pumpkin is quite dry. This will require from half an hour to an hour.

Mash and rub through a sieve, adding, while warm, a good-sized lump of butter; to every quart of pumpkin, after it is mashed, add two quarts of milk and six eggs, the yolks and whites beaten separately, sugar to taste, one teaspoon salt, tablespoon ground cinnamon, one grated nutmeg, teaspoon ginger; bake in a hot oven (425°F) until well set and a nice brown.

It is as well to heat the batter scalding hot, stirring constantly until it is poured into the pie dishes. —Mrs. Governor Irwin, California

When baked, the pumpkin filling in the pie should resemble diced citron and the pie have somewhat the flavor of green tomato pie. The vinegar may be omitted, if preferred, and the result will be a very good pie.

Line a pie-tin, one holding 3 cups of liquid, with rich pastry. For the filling for pie, mix together the following:

The mixture should measure exactly 3 cups, after adding milk. Pour this mixture into the pastry-lined pie-tin and bake in a moderate oven (375°F) until top of pie is a rich brown.

The best pumpkin for pie is of a deep orange yellow with a rough, warty surface. Remove the soft, spongy pulp and seeds of the pumpkin, pare and cut into small pieces.

Steam until tender. Put in a colander to drain, then mash through colander with wooden potato masher.

Pour in a deep pie-tin lined with rich crust, grate nutmeg over the top of pie and bake from 45 to 50 minutes in a moderate oven (375°F).

Have the oven rather hot (425°F) when the pie is first put in to bake and then reduce the heat to moderate, else the filling in the pie will boil and become watery. 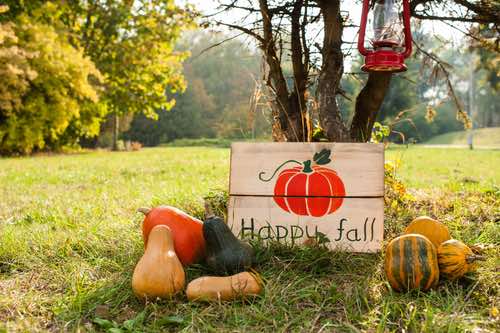 The old fashioned pumpkin pie recipes call for pumpkin filling prepared from scratch, and it does require some extra time and effort.

But, the rich, all-natural flavor of these old fashioned pies makes the effort more than worth it compared to the typical taste of canned pumpkin. These delicious scratch-made pumpkin pies have a deeper and richer flavor that cannot be compared!

Some pie lovers swear that a homemade squash pie tastes even better than the pumpkin variety. You'll have to bake one and judge for yourself. I love them, and I'm sure you will too.