You must try this homemade fried ice cream recipe! The unusual frozen treat that's both hot and cold is truly a novelty. It's an old fashioned dessert that never fails to excite whenever it's served, and it tastes extraordinarily delicious.

The whole idea of frying ice cream does not seem at all logical, yet the possibility of it fascinates and dares you to try.

Not only is frying ice cream possible thanks to the laws of physics, but it's actually a very easy thing to accomplish. Keep reading, and you'll learn the SECRET of how to do it. 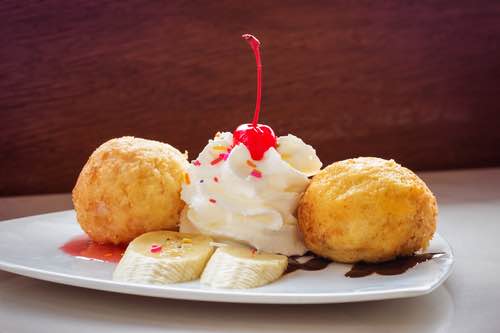 How to Make Daeep Fried Ice Cream at Home

It's best to make this dessert the day before you wish to serve it, since your preparation must allow enough time for the ice cream balls to freeze. Its success depends on your ice cream being frozen rock solid!

The instructions for making this frozen dessert have been adapted from several homemade fried ice cream recipes.

Using an ice cream scoop and your hands, form 6 to 8 very firm ice cream balls. Use vanilla or any favorite flavor of homemade ice cream, as it will freeze harder than the rather artificial store-bought varieties.

Place the ice cream balls in an airtight freezer container so they are not touching, and set them in the freezer overnight to freeze rock hard.

Either the night before, or about 4 hours before serving, prepare the batter by mixing until smooth 1-3/4 cups all-purpose flour, 1-1/2 tablespoons sugar (white or brown, depending on your taste preference), 1 teaspoon salt, 1 tablespoon vegetable or olive oil, 1 teaspoon vanilla or almond flavoring, 1/2 cup milk, 1/4 cup water, and 2 egg yolks (reserve the egg whites for use later). Refrigerate the batter for several hours until it is well chilled.

Just before serving, heat the oil in your deep fryer to a temperature of 375°F. (Some report good success using a wok, but great care must be taken to keep the balls in gentle motion so they will fry evenly. Do not permit the oil to smoke, but it must be hot.

Now beat the 2 egg whites until stiff and fold into the chilled batter. The batter should be thick enough to coat the ice cream balls. If it is too thin or too thick, it will not remain on them. Either add more flour or more milk to achieve the desired batter consistency.

Carefully coat several frozen ice cream balls with the batter, making sure their entire surface is thickly covered. The coating provides insulation from the heat. Carefully lower the battered balls one by one into the hot oil. Try to prevent them sticking to each other or to the sides of the fryer.

Fry them for about 1 minute or so, or until the batter is golden brown in color, then carefully remove them from the fryer and set them on paper towels until the remaining balls are done.

Serve immediately on individual plates while still warm, but first garnish each ball with whipped cream around the base and sprinkle the top with cinnamon sugar — this is a traditional garnish. Drizzle chocolate or strawberry sauce over it too, if desired. Finally, place a red maraschino cherry on top. 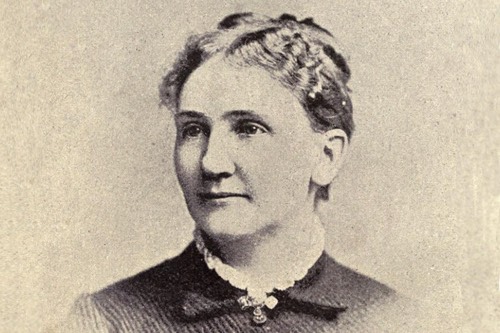 Put the milk on to boil in a farina boiler (double boiler), moisten the flour and cornstarch in a little cold milk, then add it to the boiling milk. Stir, and boil five minutes.

Now add the sugar, nutmeg, and the yolks of three eggs well beaten. Let cook one minute; take from fire and add flavoring. Turn into a square mold, and stand in a cold place for four or five hours.

Then sprinkle some bread crumbs on a baking-board, turn the cream out on them, and cut it into squares. Dip them first in beaten egg, then in crumbs, and fry in boiling fat.

Unlike a typical homemade fried ice cream recipe, this simulated NO-FRY version adds a crispy coating to the ice cream ball to give it a texture and taste similar to fried batter.

It's also an easy kid's dessert recipe that anybody of any age could safely have fun making.

For the obvious safety reasons, it's not recommended that kids make the traditional-style recipe, which requires deep frying with hot oil.

The following method, however, requires NO frying or cooking, and the results are really quite tasty.

This is also a great ice cream treat for a party that you can prepare ahead of time and store in the freezer.

To make this mock version, use an ice cream scoop to quickly form as many firm ice cream balls as you need from your favorite flavor of homemade ice cream.

After the balls are formed, you will need to place them in an airtight freezer container and set them in the freezer for several hours to harden. You need them to be ROCK hard!

Just before serving, take the frozen balls and roll them in a bowl of crushed cornflakes, pressing them firmly into the cornflakes until they are completely coated with the cereal. Frosted Flakes® works well too, and it's especially good.

Some prefer adding a tablespoon or two of corn syrup or liquid honey to the cereal first, claiming it makes the flakes stick to the ice cream better and helps to simulate the deep fried taste.

Serve immediately, but similar to the traditional homemade fried ice cream recipe, add the customary garnish of whipped cream, a sprinkle of cinnamon sugar, and a red maraschino cherry on top.

Enjoy celebrated French Chef Tanty's traditional fried creams once enjoyed by Napoleon III and the Imperial Family of Russia. Cremes Frittes is made in the same fashion as fried ice cream and is similar in taste.

The history of this unusual frozen dessert recipe is largely unknown, but the decadent treat likely originated in France. Thomas Jefferson returned to America from his stint as ambassador to Paris in 1789 with handwritten recipes for ice cream and his own ice cream making equipment.

Soon after his return, Jefferson had an ice house built at Monticello so that he could indulge in making ice creams and water ices the year-round. And there is written evidence that he might have also obtained one of the earliest homemade fried ice cream recipes.

During Jefferson's 1801-1809 presidency, Dr. Mitchill, a White House dinner guest, wrote that he enjoyed an unusual ice cream served "in the form of small balls, enclosed in cases of warm pastry" and that it was "very good, crust wholly dried, crumbled into thin flakes." This might be the earliest North American reference to fried ice cream.

Later, the Los Angeles Times newspaper reported in an article published on May 6, 1884 that "Fried Ice Cream has become very popular in Philadelphia," describing it as a small, solid cake of ice cream covered in a thin pastry that's dipped in boiling lard to cook the outside coating to a crisp.

So, it's not surprising that Mrs. S. T. Rorer included a recipe (see above) for what she called "Fried Cream" in her 1886 Philadelphia Cook Book, presenting a homemade fried ice cream recipe that might be the earliest published in North America.

Today, we're still captivated by this tasty, gourmet treat that's hot and crusty on the outside, and cold and softly melting on the inside. And why not? It tastes delicious!

The homemade fried ice cream recipes are quite easy to prepare, and the frozen treat is spectacular to serve and sure to impress, since it's so different from the usual frozen fare. Be sure to try making it. It's fun!