Choose an old fashioned opera creams recipe and enjoy a delicious homemade candy treat. These creamy confections were once called SINFUL because they are so good tasting.

Now, you can experience the luxurious richness of these traditional melt-in-your-mouth candies anytime, and they are so very easy to make. And for a truly decadent treat, hand dip them in melted dark chocolate! 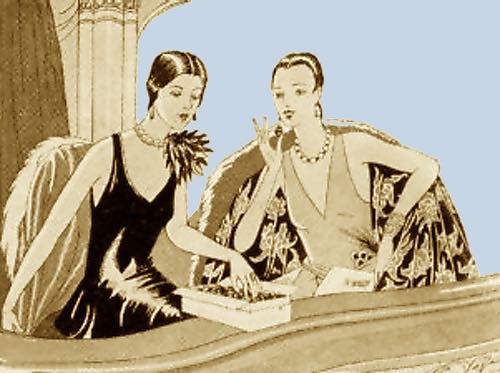 Two pounds white sugar, 3/4 pint rich cream; boil to a soft ball; set off; add 2 ounces glucose; set on; stir easy until it commences to boil, then pour out.

Let get 3/4 cold and stir it until it turns into a cream; then work into it 2 tablespoons vanilla; line a pan with waxed paper, flatten the batch in it, and mark it in squares. Set aside 2 hours to harden.

Melt 4 ounces of butter with 4 ounces plain chocolate; take a batch of the Opera Cream and when cooked add the above (chocolate mixture), stir it in the kettle until it creams, then pan and work it as you do the Operas above.

Melt In Your Mouth Opera Creams

Into two cups granulated sugar stir enough milk to dissolve it; add one-quarter teaspoon cream of tartar and put over slow fire. Stir constantly while boiling, until a little dropped in cold water is like putty.

Pour into pans and set aside until cold and firm; beat to a soft dough-like mass, knead, lay on a sugared pastry board, roll into a sheet one-half inch thick, and cut into squares. —Request of L. N.

Melt together three-fourths cup of milk, two cups sugar, two squares chocolate. Boil three or four minutes, flavor (with vanilla extract, if preferred) and set in cool place until absolutely cold, then beat until it becomes creamy. Drop into balls on waxed paper.

About the Opera Creams

The old fashioned opera creams recipe by Lee's was first published in 1895, and it might be one of the first homemade candy recipes for this quality confection that some say originated in the Cincinnati, Ohio area of the U.S., during the latter part of the 1800s.

There are several thoughts as to why these candies are called Operas. The most likely explanation is Opera Drops were quality cream-filled chocolates once sold during intermissions at the opera, and the word "opera" itself denotes class and richness.

Quality confections such as these were once sold in confectionery shops as a luxurious treat affordable mostly to the well off. Those of lesser means were tempted by the jars filled with penny candies and the boxes of affordable chocolates displayed on the front counter of most general stores.