Milkshake recipes without ice cream are very easy to make once you know how. Those frothy, frosty combinations of milk and flavored soda syrup were hugely popular beverages sold at ice cream parlors and soda fountains.

Shakes once came in numerous flavors and often bore distinctive names, such as "Brown Cow." Malted shakes, or "malts" as they were commonly called, were also popular, especially chocolate malts.

Chilled shakes are refreshing to drink anytime, but they taste especially good on a hot summer's day. Now, you can enjoy a refreshingly delicious milkshake anytime. 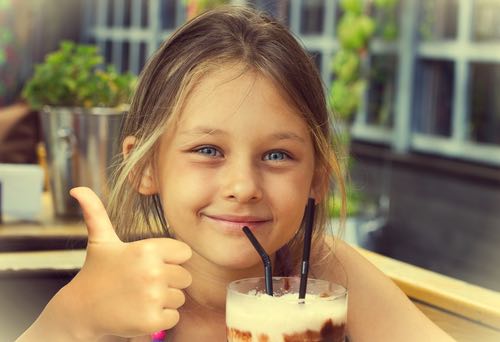 There's Nothing Like an Old Time Chocolate Milkshake
(Source: ©gurinaleksandr/Depositphotos.com)

Put 4 ounces, or less, of shaved ice into a thick 12-ounce tumbler, add 1 ounce vanilla syrup, fill the glass with milk and agitate the whole thoroughly.

The shaking may be done in the special machine called a "milk shaker," or with a small hand shaker like that used for making egg drinks.

After shaking, strain mixture into another glass and serve. Sprinkle on some powdered nutmeg, if desired.

Chocolate or any other non-acidulous syrup may be used if desired (acid syrups tend to curdle the milk). Price—12 ounces, 10 cents. 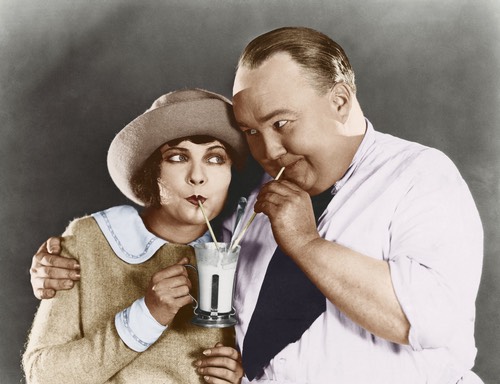 Serve in a 12-glass. One-half fluid ounce of coffee, fill glass half-full of shaved ice, then add sugar or simple syrup to sweeten to taste, fill glass with milk and shake thoroughly, top off with nutmeg or cinnamon, and serve with straws.

Of all the homemade milkshake recipes without ice cream, this one is unique. Replace the clam juice with Mott's® Clamato® for a homemade shake that's spicy tasting! Some people love it; others not so much!

Fill a glass two-thirds full of milk, sweeten to taste with any fruit syrup or with sugar, and then flavor with vanilla. Fill glass up with cracked ice and shake well together until thoroughly mixed. —Neighborhood Cook Book

Among the milkshake recipes without ice cream, this one makes a genuine Creme de Cocoa Shake that proved to be extremely popular at ice cream parlors.

One-third glass of shaved ice, 1-1/2 ounces chocolate syrup, 2 ounces sweet cream, 3/4 tumbler of pure milk. Shake and strain into another tumbler into which has been placed 1 tablespoon whipped cream. Grate chocolate on top and serve. 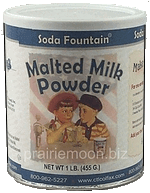 Malted milkshakes or "Malts" were once hugely popular, but they are not often seen on today's fast-food menus. This always puzzles me since there is nothing like the rich, full-bodied taste of a Malt.

Believe me, you haven't lived till you've tasted an old fashioned Chocolate Malt served in a frosty fluted glass. They are so good tasting!

To enjoy this old time soda parlor treat, simply make one of the milkshake recipes without ice cream as usual, but first add to it a tablespoonful or two of malted milk powder.

Malted milk powder is sold under different brands and it's available at most food stores, or it can be easily purchased online (amazon). 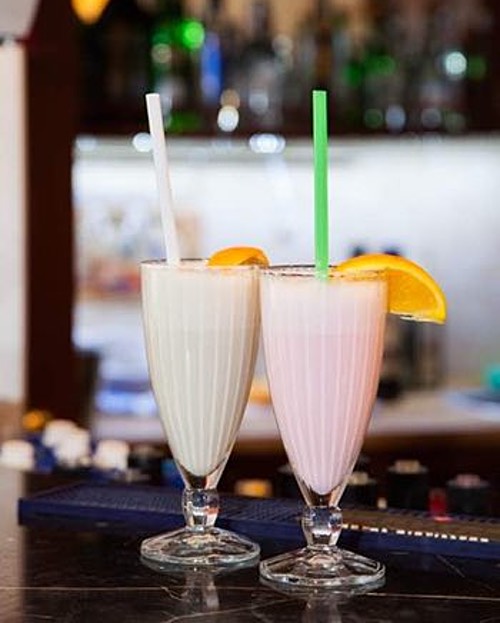 What are Cream Shakes? When rich, heavy, sweet cream was added to the milk BEFORE shaking it, the soda jerk called it a Cream Shake. It's thicker and richer than a regular milkshake.

Much is added to the appearance of this drink if it is topped with whipped cream. Also, a spoonful of ice cream may be used instead of cream to make it thicker.

Shake well and strain into bell-shaped glass. Serve with straws. This formula makes up as a real ice cream shake by adding a scoopful of ice cream.

Serve in a 12-ounce glass. Use 1-1/2 ounces of chocolate syrup, fill one-third full of shaved ice, 1 ounce of pure rich cream, shake thoroughly, withdraw the glass from the shaker, allowing the syrup, etc., to remain in the shaker.

Now fill with carbonated water, using the fine stream only, until the shaker contains sufficient to more than fill the glass. Pour into glass and back once, then strain into clean glass. Much is added to the appearance of this drink if it is topped with whipped cream. 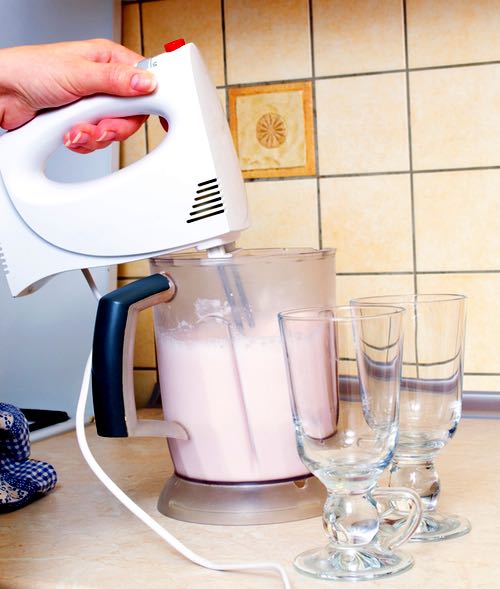 Any of the homemade milkshake recipes without ice cream can be made EXTRA special simply by topping the shake with whipped cream and a maraschino cherry!

The old fashioned soda fountain milkshake was usually made without carbonated water simply by shaking together flavored soda syrups and rich milk, either with or without crushed ice, and then serving immediately after straining.

Cream was sometimes added with the milk to make a thicker, richer-tasting shake. (See the Cream Shake Recipes above.)

For the coolest, most refreshing, most flavorful shakes, always chill the milk BEFORE making your shake and use the flavored soda syrups called for in the milkshake recipes without ice cream.

Alternatively, you can make your own soda syrups for a fresher more natural flavor.

Shakes can be made quickly using either your kitchen blender or a hand mixer, but you can also make them the old fashioned way by placing all the ingredients in a sealed container and vigorously shaking it until it's all mixed and frothy — the classic milkshake.