You will enjoy these forgotten cake recipes that I found in Grandma's recipe collection. These old fashioned cakes are rarely seen today, and it's a mystery why since they are so tasty.

These delicious homemade cakes were commonly found in farm kitchens a century ago, and the cakes make wonderful desserts for serving to your family today. 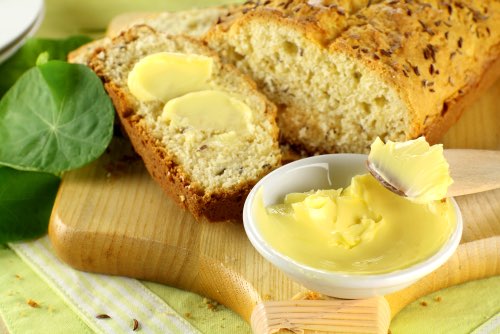 This forgotten cake recipe is easy to make. Slice and serve with melted butter for a delicious homemade treat.

Mix and pour into a small, square (or oblong) buttered and floured cake tin, and bake in a moderate oven (375°F) for forty minutes.

The caraway seeds may be crushed if liked. Sufficient for one small cake. 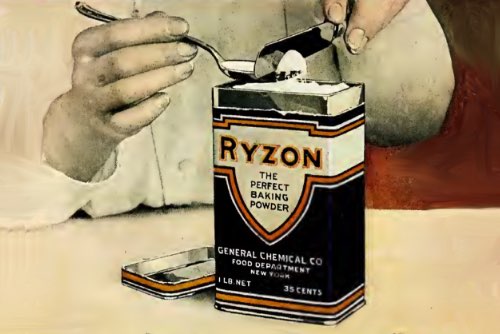 Cream sugar and shortening. Add well-beaten egg, cinnamon, ginger, molasses and milk — soda dissolved in one tablespoonful hot water. Then add flour and Ryzon (baking powder), which have been sifted together. 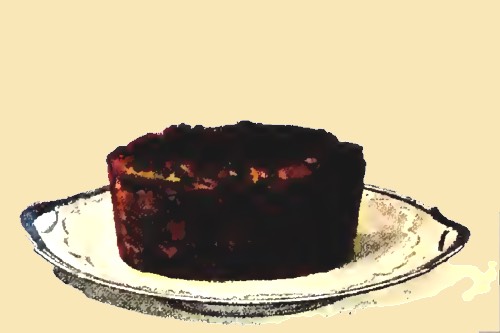 It's a pleasure to publish this wholesome, economical, delicious, wartime cake recipe, which will appeal to the housewife of today. —Mrs. Gertrude Haig, Edmonton, Alberta, Canada

Boil sugar, spices, water and raisins together for five minutes, after it begins to bubble. When cold add flour and Ryzon (baking powder) which have been sifted together, turn into well-greased tin and bake forty-five minutes in moderate (375°F) oven.

This cake is not only delicious, but most inexpensive, and well suited to wartime conditions. It will keep moist and good as long as any of it is left, which may not be long if there are children in the family.

To make this forgotten cake recipe, cream butter and sugar together, add milk, whites of eggs, extract, and flour sifted with Ryzon (baking powder) and salt.

Beat for five minutes, then turn into a buttered and floured tin and bake (375°F) for thirty-five minutes, or until done. Turn out and cool.

Melt chocolate in pan of a double boiler, add sugar and milk, and cook until smooth; add egg yolks and extract and cook for one minute. Spread on cake. Sufficient for one small cake. 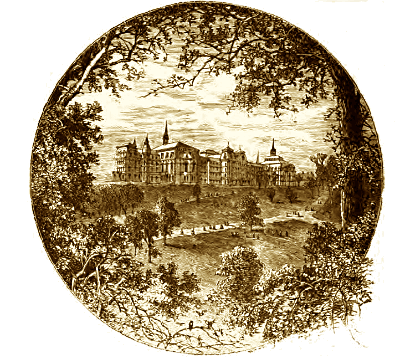 Wellesley College in Massachusetts is a private women's liberal arts college dating from 1870.

Its founders Henry and Pauline Durant are credited with saying, "Pies, lies, and doughnuts should never have a place in Wellesley College." Imagine!

Cream butter and add sugar gradually, while beating constantly; then add yolks of eggs beaten until thick, milk, and flour mixed and sifted with baking powder.

Turn into a buttered and floured shallow cake pan, and bake in a moderate oven (375°F) from thirty-five to forty minutes.

Remove from pan, cover top with Wellesley Frosting and when frosting is set pour over, a little at a time, two squares chocolate (which has been melted over hot water) and spread evenly, using the back of a spoon. —Miss Fannie Merritt Farmer

Put sugar and water in saucepan, stir until sugar has dissolved. Bring to boiling point and let boil vigorously, without stirring, until syrup will thread when dropped from top of spoon.

Put whites of eggs in saucepan and beat until stiff. Pour on the syrup gradually, while beating constantly, and continue the beating, until mixture is nearly stiff enough to spread.

Place saucepan containing mixture in a larger saucepan, containing a small quantity of boiling water, place on range and cook, stirring constantly (scraping from bottom and sides of pan) until mixture becomes granular around sides of pan.

Remove from saucepan of hot water, and beat until mixture will hold its shape; then add vanilla. Pour on cake and spread evenly, using a knife.

This is one of the varieties of thick, soft frostings which has recently met with so much favor. —Miss Fannie Merritt Farmer

This forgotten cake recipe was invented by none other than Miss Fannie Farmer, the Martha Stewart of the 1800s. Miss Farmer's cakes were known to be delicious and easy to make.

Cream the butter, add gradually one and one-half cups of sugar, and egg unbeaten; when well mixed, add two-thirds milk, flour mixed and sifted with baking powder, and vanilla.

Put sugar and water in saucepan, and stir to prevent sugar from adhering to saucepan; heat gradually to boiling point, and boil without stirring until syrup will thread when dropped from tip of spoon or tines of silver fork.

Pour syrup gradually on beaten white of egg, beating mixture constantly, and continue beating until of right consistency to spread; then add flavoring and pour over cake, spreading evenly with back of spoon. Crease as soon as firm.

If not beaten long enough, frosting will run; if beaten too long, it will not be smooth. Frosting beaten too long may be improved by adding a few drops of lemon juice or boiling water.

A second egg white can be added, if desired, making the frosting easier to spread.

This frosting is soft inside and has a glossy surface. If frosting is to be ornamented with nuts for candied cherries, place them on frosting as soon as spread. —Miss Fannie Merritt Farmer

Election Day cakes became popular in New England in the 1700s, when the election of Colonial Governors took on a holiday atmosphere.

They gradually dwindled in popularity after the American Revolution (1775) and were almost forgotten by the late 1800s, around the time when this forgotten cake recipe was first published.

Sometimes, these hearty fruitcake-like cakes tended to be quite large, weighing up to 10 pounds, and they were perfect for raising people's spirits while awaiting the election results.

They were also perfect for absorbing the significant quantities of cider and ale consumed by the celebrants.

Rub the butter and sugar to a white, light cream; add the eggs, beating a while longer, the flour sifted with the baking powder, raisins, citron, currants, lemon peel, almonds, extracts, and milk; mix into a consistent batter; put in a paper lined cake tin, and bake in a moderate oven (375°F) 1-1/2 hours.

Caramel or coffee icing may be used to decorate this delicious cake. This is a forgotten cake recipe from the Old South that's worth trying.