How to Make Homemade Pies

Learn how to make homemade pies the old fashioned way. It's an art that's easily mastered, especially when you have the same tips that Grandma used for making pie and pastry.

Mom made pies every week when I was a boy. And I have yet to find any baked goods that can surpass the fragrant, sweet aroma of a freshly baked pie as it sits cooling at an open window.

Sometimes a pie never got a chance to cool before it began to disappear! 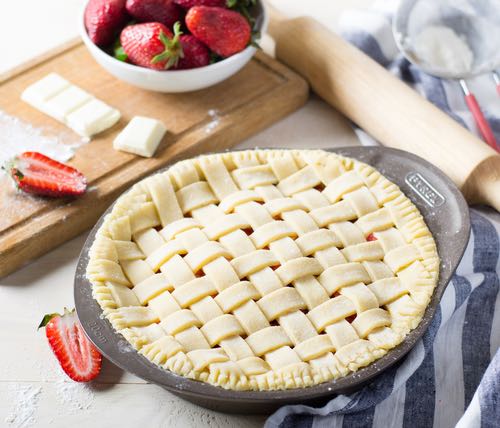 The practical baking tips below reveal how to make homemade pies. They can be applied to any of the old fashioned pie recipes on this site.

You can make a delicious homemade pie from scratch that's perfect for any occasion. Why not bake one tonight? Make your Grandma proud!

How to Make Homemade Pies In Six Basic Steps 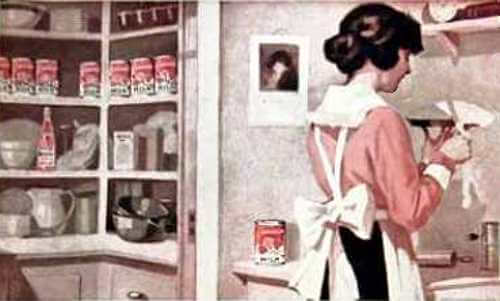 After making the crust, take a portion of it, roll it out and fit it to a buttered pie plate by cutting it off with a knife evenly around the edge.

Gather up the scraps left from cutting and make into another sheet for the top crust. Roll it a little thinner than the under crust.

Lap one-half top crust sheet over the other and cut three or four slits about a quarter of an inch from the folded edge (this prevents the steam from escaping through the rim of the pie, and causing the juices to run out from the edges).

To prevent the juice soaking through into the crust, making it soggy, wet the pie's under crust with the white of an egg, just before you put in the pie mixture.

Now fill your pie plate with your prepared filling, wet the top edge of the rim, lay the upper crust across the center of the pie, turn back the half that is lapped over, seal the two edges together by slightly pressing down with your thumb, then notch evenly and regularly with a fork, dipping occasionally in flour to prevent sticking.

Bake pie in a rather quick oven (425°F) to a light brown, and until the filling boils up through the slits in the upper crust.

If the top of the pie is brushed over with the egg, it gives it a beautiful glaze.

How to Make Homemade Pies 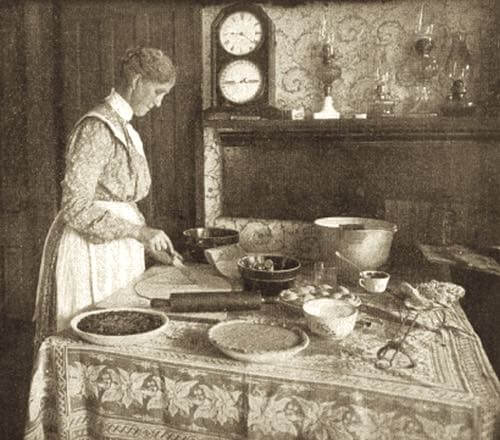 With practice in following the above tips, you will gain confidence in knowing how to make homemade pies that you'll be proud to serve.