An old fashioned soda cracker pie recipe might seem unusual, yet it came in handy when Grandma didn't have a called-for ingredient at hand when she wanted to make a pie.

These so-called mock pies were popular during the Great Depression in the 1930s when fruits were sometimes scarce in cities. Today, these unique pies are fun to make and serve, so be sure to try them.

Mock apple pie and minced pies tended to be the most popular cracker pies though mock cherry pies were made with cranberries in some regions. 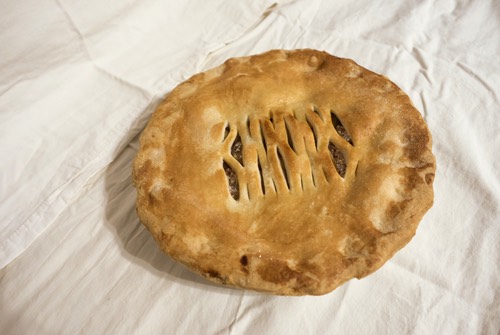 To one small bowl of crackers that have been soaked until no hard parts remain, add one teaspoonful of tartaric acid, sweeten to your taste, add some butter, and a very little nutmeg. —The Confederate Cookbook, 1863 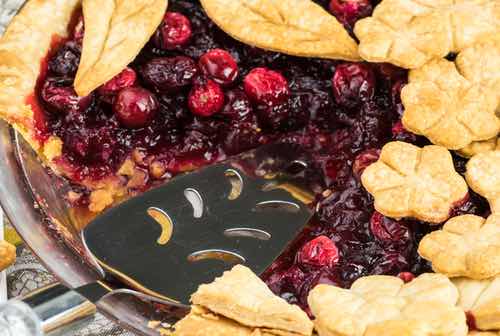 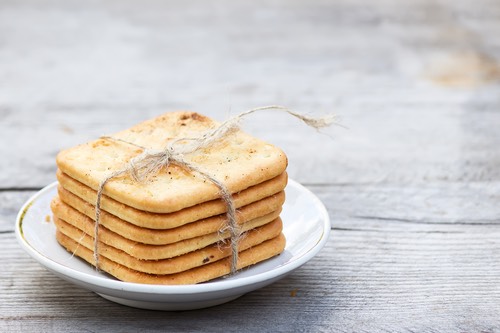 Crush finely with a rolling pin, one-half dozen large soda crackers; put it into a bowl and pour upon it one teacupful of cold water; add one teacupful of fine white sugar, the juice and pulp of one lemon, half a lemon rind grated and a little nutmeg.

Line the pie-plate with half puff paste, pour in the mixture, cover with the remaining puff paste and bake half an hour. These are proportions for one pie.

Take three eggs, one pint of milk, a cupful of sugar, two tablespoonfuls of cornstarch or three of flour; beat the sugar, cornstarch and yolks of the eggs together; after the milk has come to a boil, stir in the mixture and add a pinch of salt and about a teaspoonful of butter.

Make crust the same as any pie; bake, then fill with the custard, grate over a little nutmeg and bake again.

Take the whites of the eggs and beat to a stiff froth with two tablespoonfuls of sugar, spread meringue over the top and brown in a quick oven.

Mix ingredients in order given, adding spices to taste. Bake between crusts. This quantity will make two pies.

Mix one cup cranberries cut in halves, one-half cup raisins seeded and cut in pieces, three-fourths cup sugar, and one tablespoon flour. Dot over with one teaspoon butter. Bake between crusts.

Line a plate with a rich puff paste, and fill with the following: beat up two eggs with one cup and a quarter of sugar, one cupful of bread which has been soaked in warm water, one-half cup of molasses, half a cup of vinegar, half a cup of water, one cup of raisins, a pinch of salt, half a teaspoonful of ground cloves, one teaspoonful of cinnamon, and pinch of pepper.

This quantity will make two pies. Cover with strips of crust and bake half an hour in moderate oven (350°F), or until done.

Cracker crumbs, sugar, molasses, boiling water, and raisins, each 1 cup; vinegar and butter, each 1/2 cup; 2 beaten eggs; nutmeg and cinnamon, each 1 teaspoonful; cloves, 1/2 teaspoonful. Either of them will make 3 pies.

Remarks. —English currants can be added to this, if desired, or dropped from No. 1 (above), as one may choose. To imitate minced pies, of course, they must have upper as well as under crust. See Pastry Recipes, for making the crust.

Roll the crackers; pare, core and chop the apples, melt the butter, and mix all, using cider to make sufficiently moist, and if the cider is not quite tart, add 1 or 2 tablespoonfuls of vinegar, with sugar enough to give the requisite sweetness, which each must judge for himself, as tastes vary so much.

Remarks. —The apples give this old fashioned soda cracker pie recipe a much greater resemblance to the real, than as formerly made without apples.

If they are made with a light biscuit crust, which is made with at least 1 teaspoonful of baking powder, then wetting the bottom crust with the beaten white of an egg before the mixture is put in, even the dyspeptic may eat them, if he can eat ordinary food.

They are healthful, as well as very tasty. Give the author the one with the apples when he calls upon you.

For most soda cracker pies containing fruit, bake at 425°F for 15 to 20 minutes on the lower rack, then reduce oven heat to 350°F and continue baking until done, when the filling is bubbly, and the crust has turned golden brown.

Otherwise, the old fashioned soda cracker pie recipe is best baked in a moderate (350°F) oven until done, and crust is golden brown.

If your crust is over browning before the pie is done baking, loosely cover with aluminum foil to protect from heat.