You'll love Maria's old fashioned lemon lime cheesecake recipe that features the zesty, tangy taste of lemon. Lemon cheesecake is the perfect dessert to pick you up after a so-so day!

And be sure to try the Milnot vintage Woolworth's Lunch Counter-style cheesecake; it's to die for! Both desserts are refreshingly lemony rich and so good tasting! 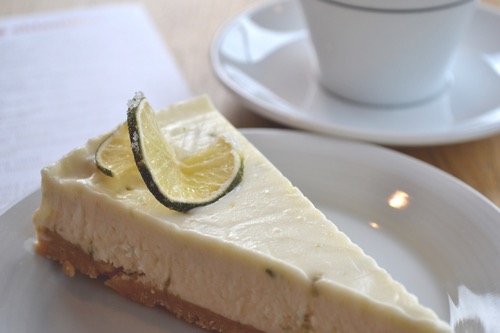 Crush your biscuits and mix in melted butter. Get a cake tin and make a base with the biscuits and butter. Leave in fridge to set for 20-30 minutes. While that's in fridge, start on making your topping.

Mix all your soft cheese in a bowl with lemon and lime zest. Keep the lemons and limes and squirt their juice into the mixture. Then add 1/2 a tub of double cream. Mix really well, NO LUMPS!

IF TOO BITTER OR TANGY TO YOUR TASTE, ADD SUGAR TO SWEETEN. BUT NOT TOO MUCH. REMEMBER, IT NEEDS TO HAVE A SHARP TASTE!

Spread your topping mixture onto your crumb base and for decoration put lemon and lime zest on top, or a thin slice of lime or lemon with a twist.

Set in fridge for 2-4 hours to get firm before serving. Enjoy!

This makes a fine alternative to an old fashioned lemon lime cheesecake recipe if you haven't any limes available.

You can also use a cherry or blueberry pie filling, if preferred. Both fruits are delicious with this cheesecake.

The following no bake Milnot® dessert is said to be very similar to an unbaked lemon cheesecake that was once served at Woolworth's Lunch Counters back in the 1950s.

Pour Milnot® into large bowl and whip with mixer until stiff. Dissolve lemon jello in 1 cup boiling water in a separate bowl. Cool to jelly stage and beat until foamy.

In another bowl, using an electric mixer, cream the cheese well, and add the sugar. Add to the whipped Milnot®, using mixer. Put in vanilla and lastly add the beaten jello. Beat well with mixer. 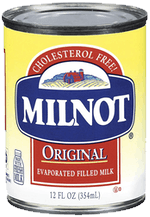 Milnot® is a Smucker's brand evaporated filled milk that has its butterfat removed and replaced with soy oil for better whipping at room temperature.

You can substitute any can of "evaporated" milk in a pinch, but you will need to chill it in the freezer for 15 to 20 minutes before whipping.