This no bake royal chocolate biscuit cake recipe makes an amazingly delicious homemade cake. It's so delicious that it's worth the effort it takes to make it. It is said to be the Royal Family's favorite cake! 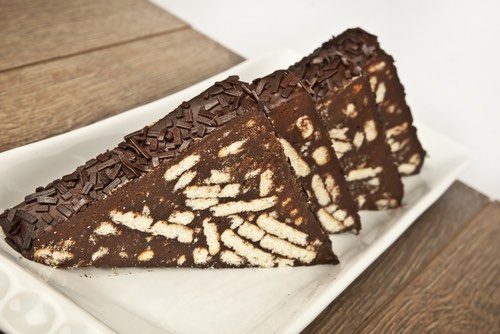 Alternatively, line a small loaf pan with plastic wrap if square slices will be preferred over wedges.

Remove mixture from heat and gently fold in broken biscuit pieces, stirring until the pieces are all well coated.

Carefully spoon the biscuit mixture into prepared cake pan, filling all gaps on bottom of ring (it'll be the cake top when unmolded).

Cover with waxed paper and refrigerate at least 2-1/2 to 3 hours, until chilled and firm to the touch. 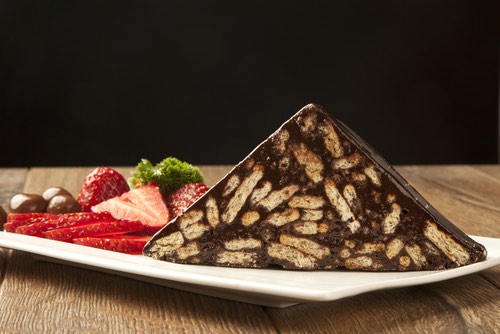 In top of double boiler, melt dark chocolate for icing while stirring. Slowly pour the melted chocolate over cake, filling crevices and using a spatula to smooth both top and sides of cake.

Let cake sit at room temperature until the chocolate icing is firm, at least 1 hour.

Very carefully run knife around bottom edge of cake to release it from the cooling rack, then carefully transfer cake to serving dish.

Melt the optional white chocolate and drizzle it in a decorative pattern of your choice on top of the cake. Tiny chocolate shavings may be sprinkled on the icing, if desired

It's very firm and not always easy to cut without the chocolate cracking, so it's more like a thick chocolate bar than a normal cake.

Some cooks recommend adding an additional tablespoon or two of butter if you prefer a softer texture that's easier to slice with a sharp knife.

Watch the short YouTube video of a Royal Biscuit Cake being made to illustrate the steps and how it should appear when it's done.

The royal recipe for chocolate biscuit cake calls for McVitie's® Rich Tea Biscuits which you'll find displayed for sale in local supermarkets, likely in the international food section outside Canada and the United Kingdom.

Another brand of tea biscuits may be substituted such as Mr. Christie's® Social Tea® or Marie® should you be unable to find the genuine biscuit. 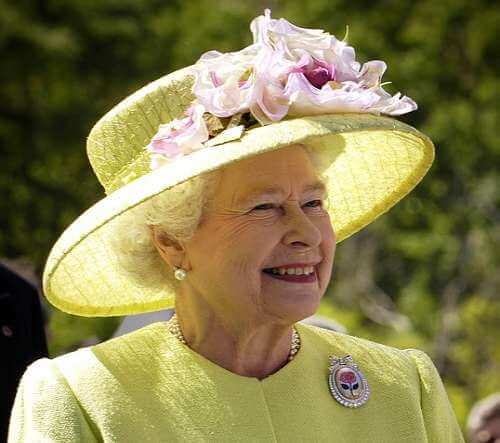 However, Prince William requested that a groom's cake should also be served to the guests at the Buckingham Palace reception.

The now-famous dark chocolate biscuit cake dessert is a favorite of Prince William's, and his late grandmother Queen Elizabeth II was said to be quite fond of it too. The original recipe for the royal cake, though, remains a palace secret.

What the British call biscuits are actually cookies to those of us who live in North America, so the famous cake is really a chocolate cookie cake.

As maker of the official groom's cake and owner of the McVitie's® brand, the United Biscuits Group did reveal that around 1700 McVitie's® Rich Tea Biscuits and over 37 pounds of chocolate were used to make the royal cake that was later cut in a few hundred slices for serving at the palace.

It was also revealed that the proper ingredient ratio is 50 biscuits to around one pound of chocolate. This makes for a deliciously rich-tasting dessert cake.

This royal chocolate biscuit cake recipe is an adaptation of the original royal cake recipe that won't require 37 pounds of dark chocolate nor will it feed several hundred people.

But, it will richly serve about 6 to 8 hungry people, depending on how you slice it.

Looking for something else? There's a collection of old fashioned royal cake recipes on this site that you might enjoy making.