These homemade green tea ice cream recipes from the Victorian Era will make custard-style ice creams with a distinctive green tea flavor. It's a frozen treat that's delicious anytime. Plus, the all-natural flavoring makes it both healthy and refreshing. 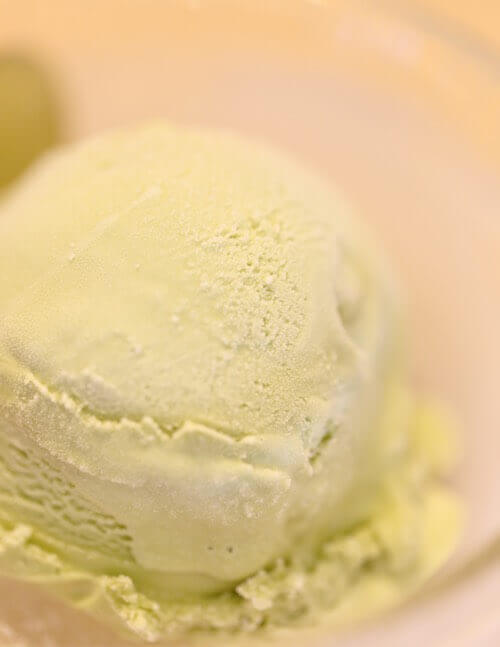 One quart of cream, six eggs, and twelve ounces of powdered loaf sugar; break the eggs into a saucepan, and whisk them together.

Add the cream and sugar and custard flavoring (below); when well mixed, place it on the fire, and continue stirring it from the bottom with the whisk, to prevent burning, until it gets thick;

Take it from the fire, continue to stir it for a few minutes, and pass it through a sieve. If the custard be suffered to boil, it will curdle. Stir again and freeze.

Omit the old time "carbonate of soda" and substitute 1/4 teaspoon of lemon juice.

Two ounces of the best green tea; put the tea into a cup, and pour on it a little cold water in which has been dissolved a small portion of carbonate of soda, about as much as may be placed on a "fourpenny piece" (less than a pinch or 1/16th teaspoon).

Let it remain for an hour or two, then add a little boiling water, sufficient in the whole to make a very strong infusion.

OR, the boiling water may be dispensed with, adding more cold water in proportion, and letting it soak longer, when a superior infusion will be obtained; strain it, and add to the cream and eggs. 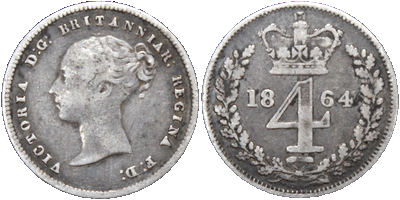 1864 Fourpenny Piece from the Victorian Era

Steep two ounces of the best mixed-tea in three pints of boiling cream. In the meantime, stir three-quarters of a pound of pulverized sugar and the yolks of twelve eggs or more until thick; add gradually to the cream, boil up at once, strain through a fine sieve, and stir until cold. Freeze in ice cream freezer.

Pour over four tablespoons of Old Hyson tea (or your favorite green tea blend), a pint of cream, scald in a custard kettle, or by placing the dish containing it in a kettle of boiling water to heat, remove from fire, and let stand five minutes.

Strain it into a pint of cold cream; put on to scald again, and when hot, mix with it four eggs and three-fourths pound sugar, well beaten together; let cool and freeze. —Miss A. C. L., Pittsfield, Mass. 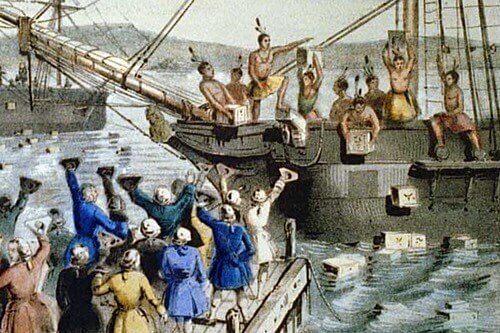 The Destruction of Tea at Boston Harbor in 1773
(PD Source: Painting by Nathaniel Currier, 1846)

Young Hyson is most favored as it's harvested early before the rains, giving it a richer full-bodied flavor. The tea leaves are thinly rolled by hand, and they unfurl when brewed.

The British taxed its much loved Hyson tea higher than other tea varieties in the 1700s, and it comprised almost one-quarter of the tea chests destroyed during the Boston Tea Party protest in 1773.